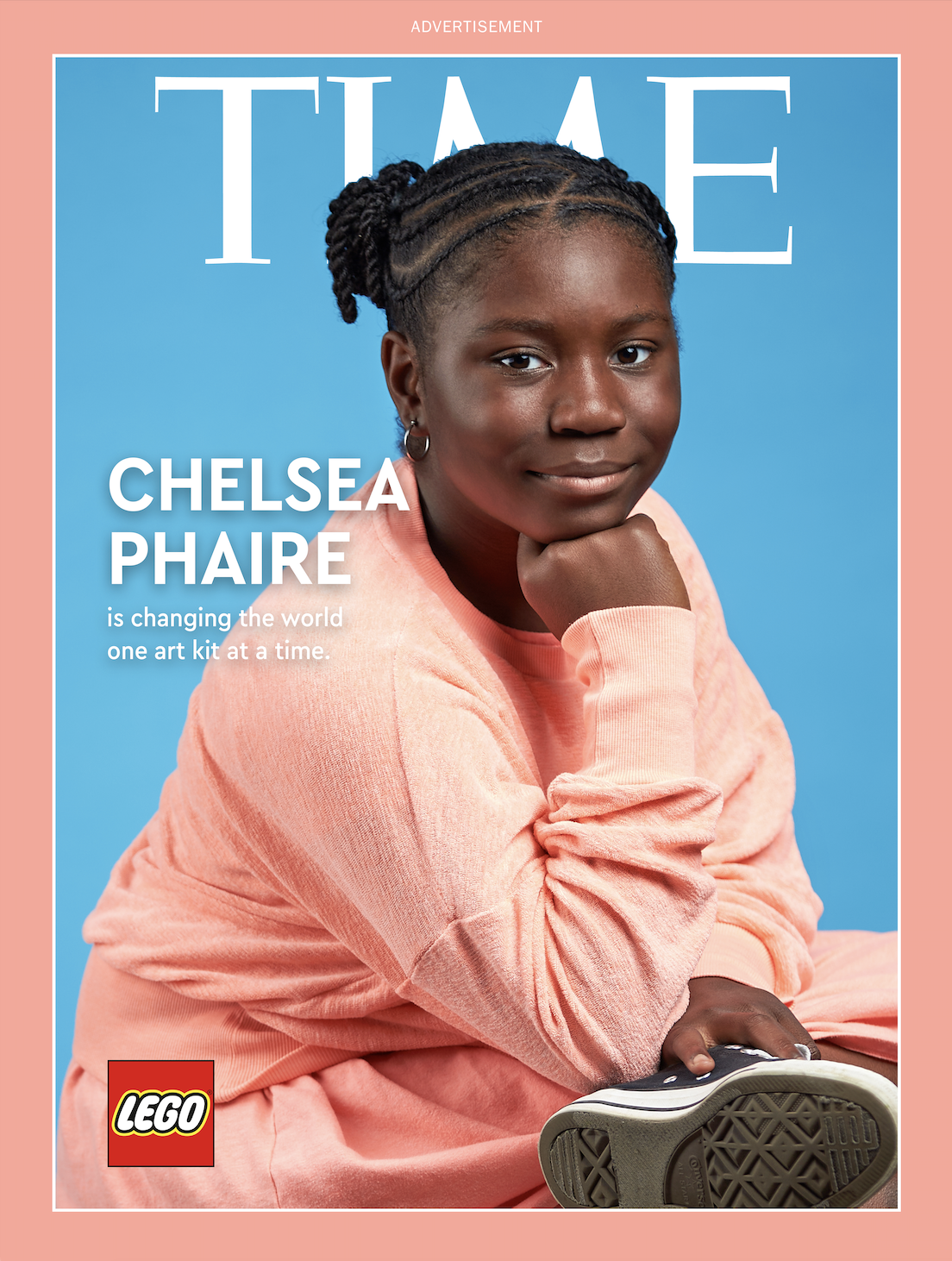 Chelsea Phaire is changing the world—one art kit at a time. The high-energy 12-year-old is the founder of Chelsea’s Charity, a project that distributes craft supplies, including crayons, paints and LEGO® bricks for creative building, to kids in need of hope and healing. So far, 13,000-plus packages have gone out to homeless shelters and foster homes—and production is ramping up.

Chelsea is a living example of girl power—and she’s not alone. Gitanjali Rao, 15, who is Time Magazine’s first-ever Kid of the Year, has made her mark, too. Gitanjali helped her community with inventions for detecting opioid addiction, for removing lead from water and with an app that discourages bullying. Then there’s Amanda Gorman, a fearless champion of the Black experience, who, at 23, is the youngest inaugural poet in U.S. history. Brit Bennett is part of this illustrious company, too. The best-selling novelist has mined her own family history to create spellbinding stories about kinship and bonds.

Young women like these have often been leaders. But many of their contemporaries with similar drive have been unable to act on their dreams. A recent study commissioned by the LEGO Group in conjunction with the Geena Davis Institute on Gender in Media surveyed almost 7,000 parents and children in China, the Czech Republic, Japan, Russia, Poland, the UK and the US. It sought to determine the degree to which creative play is gender biased and found that play with LEGO bricks is still considered more relevant to boys than girls. While 63 percent of parents say they encourage their sons to build with LEGO bricks, only 51% do so with their daughters. The LEGO Group is striving to correct this imbalance by encouraging equal creativity across all genders.

Systemic bias, whether culturally ingrained or unconscious, does a disservice to society at large when it wastes so much potential. To combat this, the United Nations International Day of the Girl initiative has been actively confronting gender bias that impedes young girls from reaching for the stars. And the program, first launched in 2012, is making real headway.

The International Day of the Girl, which takes place every year on October 11, strives to amplify the voices and secure the rights of young girls. This year’s event highlights the fact that around the world, 17 percent fewer girls than boys have access to the internet. In the poorest countries, the gap is a shocking 43 percent. Girls are also less likely than boys to use and own devices, so they don’t develop tech-related skills. The UN reports that around the globe, fewer than 15 percent of those graduating from science, technology, engineering and math (STEM) programs are women. Even girls who do get the education needed for an increasingly digital workplace don’t always get available jobs. In higher income countries, only 14 percent of top-performing girls in science and engineering end up working in the field, compared to 26 percent of boys.

To fight this inequality, the UN uses the IDG to urge people everywhere to support its campaigns for women, to raise awareness of the digital divide, and to donate. The LEGO Group invites you to take part in the International Day of the Girl by contributing however you can. It’s clear that by lifting young girls up, we lift up the world as a whole. As the international community makes progress, the LEGO Group wants to give hope and inspiration to children of all ages who are building better lives, brick by brick.

“Today’s more than 1.1 billion girls are poised to take on the future,” the UN points out. “Every day, girls are breaking boundaries and barriers, tackling issues like child marriage, education inequality, violence, climate justice, and inequitable access to healthcare. Girls are proving they are unstoppable.”

LEGO and the LEGO logo are trademarks of the LEGO Group, which has sponsored this content.