Range anxiety – the concern about running out of electricity before journey’s end – is a modern phenomenon, and one of the principal reasons people give for not buying an electric car.

A global report from Deloitte* found that range and a lack of charging infrastructure remain the most common EV-related concerns for drivers in many major markets around the world.

Range anxiety is having a very real impact on potential sales, and the fact that it persists is intriguing, with many electric cars now capable of driving hundreds of kilometres between charging.

But what will it take to overcome these misgivings?

A Challenge to Tradition

Ricardo Oliveira, an automotive industry analyst from World Shopper in Spain, is something of an expert when it comes to challenging negative perceptions of electric cars. He recently undertook a 4,100-kilometre journey at the wheel of a Kia e-Niro electric car, visiting five European countries to explore local attitudes to electric cars – and how owners are overcoming range anxiety.

“People are attached to tradition,” says Ricardo. “For anyone who has spent a lifetime driving gasoline or diesel cars, it’s easy to deny the existence of viable alternatives. In most cases, people uncertain about the idea of electric cars simply may not be aware of the range they offer or how easy it can to keep them charged.

Beating range anxiety comes down to information, he argues. “Across Europe, growing numbers of car buyers are considering going electric. Almost everyone I spoke to on my drive felt that they would be more likely to make that leap if they could place greater confidence in the charging network.”

The key to beating range anxiety relies on having easy access to vehicle charging facilities. And, for anyone with a driveway or a garage, there is nothing easier than charging at home.

Home Is Where the Charger Is

For many, home charging holds the key to electric vehicle ownership – and represents one of its single biggest advantages.

Electric vehicle owners who have access to their own driveway or garage are in the strongest position, as they can have a wallbox installed to charge at their convenience – often overnight.

“It’s simply a case of plugging in the car when you arrive at home,” adds Ricardo. “When charging privately, there’s no such thing as waiting to charge. You can get on with your evening or sleep while your car’s battery charges.

“During my epic drive, I met many electric car users who dread the idea of visiting another petrol station ever again. They leave home every day with a fully-charged battery, and rarely have to rely on public charging.

“Charging at home is also the cheapest way to run the car, as owners can take advantage of low-cost energy tariffs at night when their cars are plugged in.” 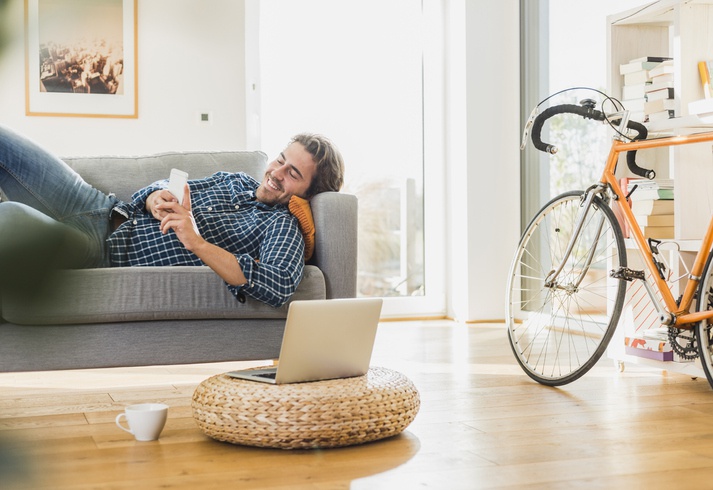 But what about those longer journeys? Those day-long cross-country drives, or overnight trips away from your own private charger? After all, electric vehicles now offer more range than ever before but still don’t offer the convenience of a fuel tank.

“Long drives are becoming increasingly realistic in an electric car,” asserts Ricardo. “But planning remains crucial, particularly if you can’t guarantee anywhere to plug in at the end of the journey. For many, this will mean just a couple of minutes on an app to find a suitable charging station, en route.”

What’s more, with the rise of in-car telematics, electric car owners can use their in-car navigation system to find nearby charging points or identify recharging locations along the way. The proliferation of fast chargers along major arterial routes – so-called ‘fast-charging corridors’ – often makes this no more hassle than locating a nearby petrol station.

“Drivers get into the habit of thinking about charging, and on long-distance drives, it’s no different to filling up with fuel,” explains Ricardo. “Stopping to charge for 30 to 45 minutes sounds like an inconvenience, but it’s a good excuse to stop for a coffee and stretch your legs.

“You would be advised to do this during a long drive in any car, let alone an electric one.”

Europe is seeing expansions and improvements to its vehicle charging networks with every passing month, and the total number of public chargers in Europe has more than trebled in the last five years.

The result is that the notion of vehicle charging is likely to become increasingly familiar over time.

“Many of the perceived barriers, such as range anxiety and charging, are being resolved,” says Ricardo. “Most electric car owners recharge their vehicles at home, but greater visibility of public charging networks is likely to help persuade more people of the viability of going electric.

“If more drivers see other people successfully charging their electric vehicles, that could be all the encouragement they need.”

Electrification Explained: The Acronyms Powering Your Next Car

The Power Behind Electrification