Electric vehicles are in the news and increasingly evident on the road. But electrification isn’t just changing the face of driving. Instead, it’s revolutionizing almost any other industry you could think of.

Some of these are perhaps more surprising than others, with electricity increasingly used to enhance performance and functionality across a range of areas. From freight and transport to consumer goods and healthcare, electric power is changing the world.

The Paris Air Show in June 2019 saw the reveal of a prototype of the world’s first all-electric commercial light passenger aircraft. The prototype is powered by a 900 kWh battery, with more than 14 times the power capacity of a conventional Kia e-Niro electric crossover, and can fly for up to1,050 km– about the distance from London to Frankfurt.

Crucially, where a normal small aircraft will use around €225 of fuel for every 100 kilometres travelled, the electric plane– with a full nine-passenger payload– uses just €6. Not only could this save money; it also generates far less noise and vibration than a jet aircraft, enabling it to fly at lower altitudes of around 3,000 metres, about a third of that of a conventional aircraft.

There’s a similar buzz around urban air mobility. Uber in particular has ambitious plans for air taxis, and claims its service will be operational in 2023. These electric VTOL aircraft– vertical take-off and landing– will be able to carry up to four passengers alongside the pilot. Announced for the USA at first, Uber expects initial journeys to be short aerial rides between new ‘skyports’, with prices starting at a reasonable $5 per mile (approximately €3 per kilometre).

Electrification is also changing other forms of ground-level transport. Most people are aware of electric bikes and scooters; fewer perhaps know about electric skateboards. With around 20 kilometres of electric range, they can travel at up to 32 kph and can be fully charged in as little as two hours. Leaving behind the skatepark image, they are now a more viable option for commuters– although the combination of suit and kneepads is a fashion question you’ll have to answer on your own.

Electrification hasn’t escaped the attention of snow travel either. Imagine cruising across niveous landscapes below the Northern Lights, emission-free and in near-silence. Electric snowmobiles– with a range of up to 140 kilometres– make it possible.

The freight industry is also facing a revolution thanks to electrification. Many large container vessels have diesel engines as big as four-storey houses and produce more emissions than 60,000 cars.

What if these ships could go electric? Electric ‘e-barges’, capable of carrying up to 24 shipping containers each, signal the possibilities for this industry. Hybrid power can also allow vessels to go diesel-free for hours, operating on a greater proportion of sustainable energy to improve the notoriously poor air quality observed in ports the world over.

Road freight, too, could be cleaned up, with the increasing feasibility of fuel-cell electric heavy goods vehicles (HGVs). The first of these could hit roads as soon as 2022. Other advances include overhead power wires, similar to those you might associate with dodgems or trams. A five-kilometre ‘eHighway’ near Frankfurt, Germany uses cables running overhead to power prototype lorries from renewable energy sources. 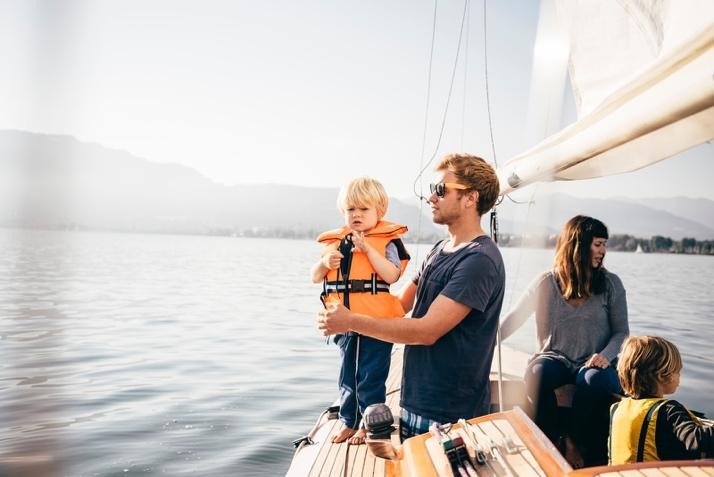 Electrification is also making sports even more interesting– from the equipment that athletes wear to fans’ favourite venues.

Smart trainers, such as those from Altra and Under Armour, can tell runners about their cadence, speed, distance and duration, stride length, and calories burned. Off the track and in the ring, Fightcamp smart boxing gloves use electrified systems to enable users to gauge the volume, speed and intensity of their punches. On the court, Babolat’s smart racket assesses speed and impact force, while DribbleUp’s smart basketballs and footballs can provide data on trajectory and spin to help players improve technique. From amateurs to professionals, electrification is now giving sportspeople ever more detailed insights into their performance to help develop their skills.

Live sports events are being electrified, too. FK Austria Wien home ground, Generali Arena, has been transformed into a ‘smart stadium’. It’s not just powered by solar panels on the roof; it also features a bidirectional power network which controls lighting, shading, heating, air conditioning and ventilation seamlessly to save energy. VIP areas have touch-sensitive lighting and climate control, and the stadium’s floodlight system can be controlled through an app– though, thankfully, not one that the general public has access to.

In the UK, the Tottenham Hotspur Stadium, home to the eponymous football club, opened in 2018 with a dividing, retractable pitch, an 863-light illumination system which helps the grass to grow evenly, 1 square kilometre of digital screens, and WiFi connectivity to support up to 62,000 fans all using their phones to download the digital match-day programme. 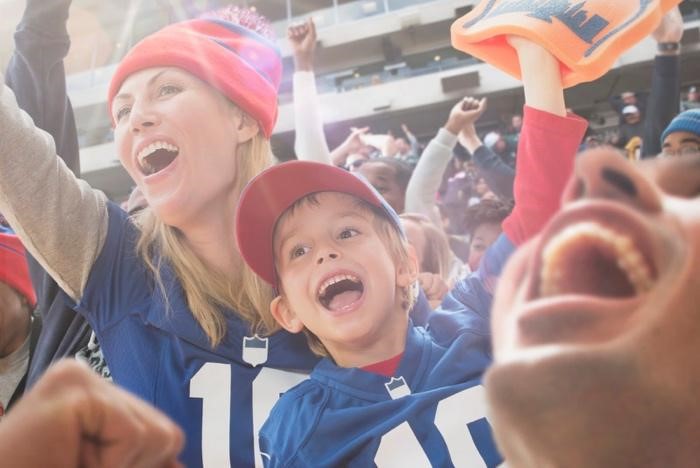 Your thermostat is probably controlled electronically– so you may well set the temperature via an app to ensure your house is comfortable when you arrive. You may have even lighting that you adjust on your phone or that responds to voice commands. Some homes even have motion- or voice-controlled waste bins.

You could also have an indoor air quality monitor, which communicates with an air purifier, fan, or dehumidifier. Or perhaps a smart pet feeder, which lets you feed your pet at a set time and with predetermined portion sizes.

Other recent electrified inventions include electric bikes, used by cycling commuters who appreciate the small electric power boost they get with each turn of the pedal. Or electric shaving razors, which pre-heat the blade for a more comfortable shave.

And there’s even a small chance, that you may have an electric robotic vacuum cleaner, such as a Roomba, whirring round your feet. 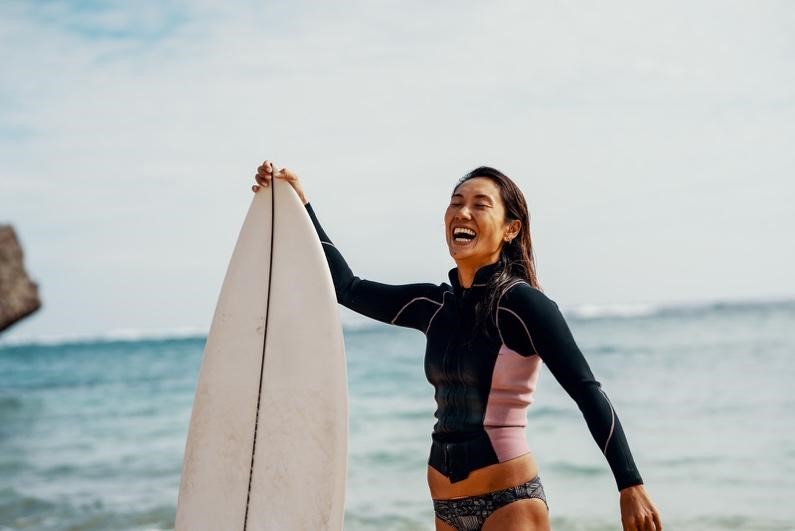 Health and wellness are increasingly enhanced by electrification. Most people are familiar with health trackers, but they now track a dizzying array of parameters thanks to electrification. They can measure heart rate, blood oxygen saturation levels, monitor your sleep patterns, and track daily activity levels. Cutting-edge examples can also monitor stress, energy levels, menstrual cycles, and in Omron’s HeartGuide’s case, are even starting to accurately measure blood pressure.

A new invention for 2019, a smart mattress from Eight Sleep uses electric systems to monitor and regulate body temperature, using water channels to provide better quality sleep. Users’ sleep phases, respiratory rate, and heart rate are measured by sensors, with the mattress displaying data through a matching app. A far cry from the electric blanket, this is another area where electrification is improving lives.

From health to healthcare, with the revelation from Deloittethat hospitals use three to five times as much energy as a five-star hotel. To keep a hospital’s heating, ventilation and air conditioning systems operating 24/7 requires huge amounts of power. Other research from Health Care Without Harm reports that the climate footprint of the global healthcare sector accounts for 4.4% of net CO2 emissions. If it were a country, the healthcare sector would be the fifth-largest emitter of carbon dioxide on the planet.

Notably, hospitals maintain large industrial boilers to keep the building warm, and to wash sheets and clothes. These are typically powered by non-electric fuels, such as natural gas, which the report says accounts for two-thirds of buildings’ greenhouse gas emissions.

But electrification poses opportunities to reduce emissions. A recent initiative backed by the European Commission saw 16 ‘Renewable Energy Systems’ hospitals (or RES-hospitals) hospitals across seven European countries explore ways to reduce emissions. Investment could see many of these produce 50% of their energy needs from renewable sources in the mid-term. The report predicted that hospitals adopting a range of additional measures could reduce CO2 emissions by nearly 80,000 tonnes every year.

We’re here to explore the benefits and features of electrification in the automotive sector, certainly. But cars are just a piece of the puzzle, as electric power contributes to the reinvention of existing technologies, and the invention of new ones entirely.

There’s every chance that you’re already witnessing the march of electrification in your own life– whether you own an electric car or not.

Will Electricity Ever Run Out?