What We Know About Omicron Symptoms So Far

The list of symptoms associated with COVID-19 is long, spanning everything from lost taste and smell to skin conditions. But since the pandemic began, health authorities have emphasized a few hallmark signs, namely coughing and fever.

As people the world over are finding, though, cases related to the Omicron variant don’t always produce those symptoms. During the Omicron wave, many people are reporting symptoms more in line with a common cold, with some puzzling additions—like lower back pain.

There’s still a lot to be learned, but here’s what we know so far about the symptoms of Omicron.

What are the most common Omicron symptoms?

Reports have varied. But overall, “this Omicron variant is acting more like a normal coronavirus,” such as those that cause the common cold, says Dr. Stephanie Sterling, an infectious diseases physician at NYU Langone Health.

That shift began with the Delta variant and has remained true of Omicron, says Tim Spector, a genetic epidemiologist who founded the consumer health company ZOE, which runs a COVID-19 symptom tracking app to which more than 4.7 million people have contributed data. ZOE’s data suggest that the five most common symptoms associated with Omicron are runny nose, headache, fatigue, sneezing and sore throat.

“The classic symptoms of fever, cough and loss of smell were slightly less frequent with Delta than with Alpha, and the cold-like symptoms…became more common,” Spector says. “Omicron has really just increased that rather subtle change.”

Other research has come to slightly different conclusions. South Africa’s largest health insurer listed nasal congestion, sore or scratchy throat, dry cough and lower back pain as common Omicron symptoms. And a small study from Norway found that, among people in one case cluster, a cough was the most common symptom associated with the variant, followed by runny nose and fatigue. Like ZOE, the Norwegian researchers also observed a significant decrease in smell and taste loss.

Clearly, symptoms can vary from person to person, so people shouldn’t assume they’re COVID-free just because they don’t have classic symptoms like cough and fever. At least in areas where Omicron is prevalent, Sterling says, “the second you get respiratory illness, you have to presume it’s Omicron.”

Are most people experiencing mild symptoms from Omicron?

Data from early Omicron hotspots including South Africa, the U.K. and New York City suggest that the variant causes milder disease than its older cousins. A U.K. report from late December 2021 found that, compared to people infected by the Delta variant, people with Omicron-related infections were about half as likely to seek care in an emergency department or require hospitalization.

But even a mild case of COVID-19 can still make you feel quite sick and potentially lead to lasting complications like Long COVID. (More research is needed to determine how often this happens.) It’s also not entirely clear whether Omicron is itself milder than other versions of COVID-19, or whether population-level immunity from vaccinations and previous exposures is mitigating some of its worst outcomes, Sterling says. It’s still a good idea to keep up precautions, particularly if you’re not fully vaccinated or are otherwise vulnerable.

Why do Omicron symptoms differ from those of other variants?

Researchers are still trying to answer that question, but the key “obviously lies in those multiple genetic changes that we’ve seen” in this variant compared to old ones, Sterling says.

Early data suggest Omicron mostly accumulates in the upper airways, as opposed to penetrating the lungs. This could help explain both its reduced lethality and, potentially, why it often causes upper respiratory symptoms, like runny nose and sore throat. But the variant is still new and research is ongoing.

How can I tell if I’m infected with Omicron or another variant?

When you take most standard COVID-19 tests, you’ll only get a positive or negative result; if you’re infected, it won’t tell you which strain is the culprit. You may never know unless health authorities send your sample out for genetic sequencing (and share the results with you). Symptoms offer clues, but even two people exposed to the virus at the same time could feel differently.

If you’re sick enough to need hospitalization, doctors might want to know which strain infected you, because certain therapies don’t work as well against Omicron as other versions of COVID-19, Sterling says. But if you have a mild case, don’t spend too much energy trying to figure out which variant you caught. You’ll need to rest and isolate yourself from others until symptoms subside, no matter what. 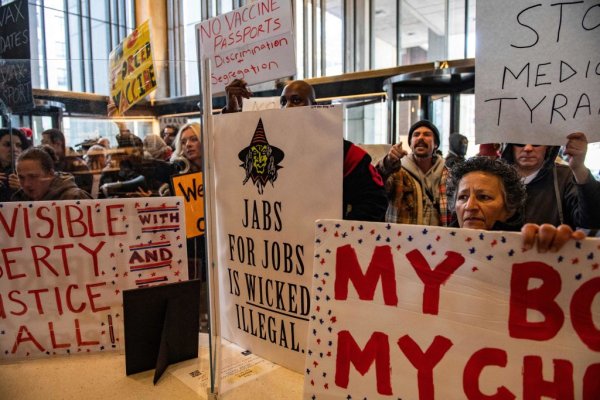 The Danger of the Supreme Court Undercutting Biden’s Vaccination Rules
Next Up: Editor's Pick