'My Career is Mars and Cars.' TIME's 2021 Person of the Year Elon Musk in Conversation With Editor-in-Chief Edward Felsenthal

For Elon Musk, Monday evening was a family affair. Waving to his mother Maye Musk in the audience, and balancing his toddler X Æ A-Xii (pronounced “X”) on his knee, the Tesla and SpaceX CEO sat down for a Q&A with TIME Editor in Chief Edward Felsenthal. Musk had just been named TIME 2021 Person of the Year, and gathered with TIME editors and members of the TIME100 community in New York City to discuss his selection.

“[Few] individuals have had more influence than Musk on life on Earth, and potentially life off Earth too,” Felsenthal wrote earlier, explaining the Person of the Year choice. “In 2021, Musk emerged not just as the world’s richest person but also as perhaps the richest example of a massive shift in our society.”

Read more: Why TIME Chose Elon Musk as the 2021 Person of the Year

At the event—which also featured a panel discussion with Facebook whistleblower Frances Haugen and Pardis Sabeti, professor for systems biology at Harvard University—Musk sat for a wide-ranging discussion that included democracy and Silicon Valley, though the conversation often returned to the subject of risk. Felsenthal asked Musk about how he navigates risk in the autonomous car business, with a recent New York Times report including allegations that Tesla may have undermined safety in its Autopilot drive-assistance system to “fit [Musk’s] vision.” That same system is currently being probed by the federal government for its involvement in at least 12 accidents in which Teslas drove into emergency vehicles, with the spate of smashes resulting in one fatality and 17 injuries. Families of the crash victims have filed lawsuits against the electric vehicle company.

“I think autonomy is an incredibly important innovation, because people spend many hours a week, ultimately many months of their lives, in cars and stuck in traffic,” Musk responded. “There’s a lot of people that die in auto accidents worldwide,” he added, “the vast majority of which are due to driver error. So if we have autonomy, that [could] potentially save on the order of a million lives per year.”

“I think it’s one of those things where you’re not going to get rewarded for [the lives that you save], necessarily, but you will definitely be blamed for the lives you don’t.” he continued. “Even if you save 90% of the lives, the 10% that you don’t save are going to sue you.”

Read more: Elon Musk on Income Inequality, Cryptocurrency and His Tweets—Excerpts From the 2021 Person of the Year Interview

But he saw little risk on the horizon when discussing American democracy. When asked by Felsenthal if he was worried about people’s ability “to get the right information and have the ability to express themselves at the ballot box,” Musk responded that he thinks “things are going okay in the grand scheme of things.”

“If we stand back and say: O.K., is there really some point in history where you’d rather be—and by the way, have you actually read history? It wasn’t great,” Musk said.

“The fact of the matter is that this is the most prosperous time in human history,” he continued. “We should be, I think, probably happier with the way things are than maybe sometimes people are.” (Musk has a reported net worth of over $250 billion, making him the richest private citizen in history.)

When the discussion turned towards his rocket company SpaceX—and the recent flights to space taken by rival billionaires Jeff Bezos, the Amazon founder, and Richard Branson, of the Virgin Group—Musk said that “I’ll go up at some point.” But “the point of SpaceX is to help make humanity a space-faring civilization,” he added, “and ultimately a multi-planet species, so as to expand the scope and scale of consciousness.”

“We need to transition to sustainable energy,” Musk added, before giving what has become his one-line resume: “My career is Mars and cars.”

Read more: Inside the SpaceX Crew Dragon: Here’s How the Inspiration4 Crew Will Fly to Space

Asked how he thinks he fits into the history of Silicon Valley tech barons, Musk said he primarily thinks of himself as a technologist or an engineer. “When I was a kid my favorite book was The Lord of The Rings. And I was like, ‘What’s the closest thing to being a wizard in the real world?'” 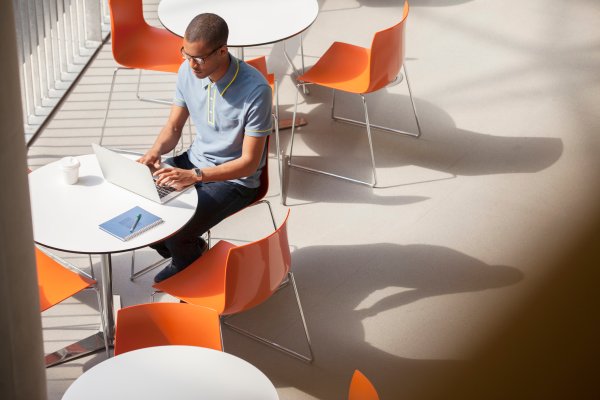