Why 2021 Was a Watershed Year for Press Freedoms

A Ryanair plane, diverted to Belarus because it was carrying a journalist, lands at Vilnius Airport on May 23
Andrius Sytas—Reuters
Ideas
By Karl Vick
Karl Vick is an Editor at Large based in New York. From 2010 to the autumn of 2014 he was the Jerusalem Bureau Chief, covering Israel and the occupied Palestinian territories with occasional forays into other lands.

On May 23, a control tower radioed a Ryanair jetliner that it had a bomb on board. A fighter jet appeared off its wing, and Flight FR4978, en route from Greece to Lithuania, was compelled to make a sharp turn and land in Belarus. But there was no bomb: only Roman Protasevich, an ashen-faced journalist who informed his fellow passengers that he was the reason the plane was diverted. After disembarking, the 26-year-old was led away for the crime of reporting on political opposition—exactly the sort of activity essential to the functioning of a democracy, should one ever occur in his benighted homeland.

When a state openly hijacks a commercial flight to abduct a journalist, the message to the rest of the world is that the impunity enjoyed by authoritarians has reached a new level. After all, even the Saudis tried to keep Jamal Khashoggi’s fate a secret in 2018; along with a bone saw, they brought a body double.

Read more: The Guardians and the War on Truth

“It’s been a terrible year for press freedom,” says Robert Mahoney of the Committee to Protect Journalists, an advocacy group based in New York City. “Governments are increasingly intolerant of criticism, of independent reporting. They either jail journalists or they prosecute them under vague and sweeping antiterrorism laws, or ‘fake news’ laws, and try to shut them down that way.”

Yet 2021 was also a year in which the problem took the world stage. Calling free expression “a precondition for democracy and lasting peace,” the Nobel Committee awarded its Peace Prize on Oct. 8 to two journalists. Dmitry Muratov of Novaya Gazeta dedicated the award to the six reporters murdered while working at one of the last independent news outlets in Vladimir Putin’s Russia; in the Philippines, Maria Ressa, co-founder of the online news site Rappler, faced down President Rodrigo Duterte while also documenting how the brutal populist was enabled by social media companies, as well as other dark forces the Internet once held the promise of keeping in check.

“It’s a battle for facts,” Ressa, who was a TIME Person of the Year in 2018, told me in October. This is why authoritarian regimes jail journalists but find social media useful. Putin’s troll farms create uncertainty not only about U.S. elections but also about “the facts on the ground” in places where Russia is making military moves.

So did the scale, over the past 12 months, began to tip toward truth? There was reason to hope. The year began with Australian lawmakers coming to the aid of news organizations by forcing Google and Facebook to pay for the news they collect ad revenues from. And 2021 ended with a growing consensus to compel social media platforms to place the public good ahead of business models that encourage political and social division. The source of the groundswell? Whistle-blower Frances Haugen’s leak of Facebook’s internal documents to news organizations grounded not in “engagement” but in trust built on the verification of facts.

Read more: Inside Frances Haugen’s Decision to Take on Facebook

There remains no shortage of old-fashioned physical threats to journalists. Since the military seized control of Myanmar on Feb. 1, dozens of journalists have been arrested. The return of the Taliban put hundreds of Afghan journalists at risk. In Mexico, nine members of the press have been killed so far this year. In November, al-Shabab sent a suicide bomber to kill the head of Radio Mogadishu in the Somali capital.

Yet so much depends on the architecture of communication. This year 18 countries used a “middlebox” in China’s Huawei technology to block news outlets—and 54 others could do the same. The Internet has allowed journalists to reach more people, faster than ever. “But like any technology, it’s dual use,” notes Mahoney. “You’ve seen this cheap and instant communication revolutionizing journalism and the distribution of news and information, but also being turned against the very publishers of that news and information. It’s a constant battle.”

—With reporting by Simmone Shah 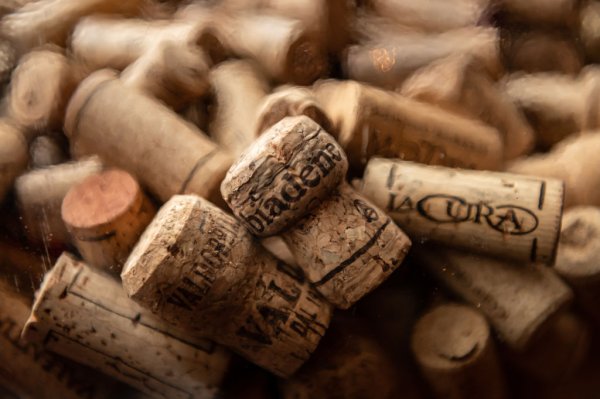 It's Time to Go Back to the Joy of Social Drinking
Next Up: Editor's Pick