In this courtroom sketch, Ghislaine Maxwell enters the courtroom escorted by U.S. Marshalls at the start of her trial, Monday, Nov. 29, 2021, in New York.
Elizabeth Williams—AP
By Madeleine Carlisle

The trial of Ghislaine Maxwell began on Monday, more than two years after the death of her alleged associate Jeffrey Epstein, with whom she has been charged with conspiring to sexually abuse minors.

The trial is likely to be a media spectacle. The crimes of Jeffrey Epstein—and his death by suicide in August 2019—have spawned numerous books, documentaries and conspiracy theories. Maxwell’s trial may be the first time since Epstein’s criminal proceedings that the public gets a glimpse of the scope of the government’s evidence against him—and the evidence against her as an alleged accomplice.

Maxwell was arrested back in July 2020 and federally charged with sex trafficking and perjury, among other charges in relation to Epstein’s alleged abuse. The federal indictment against Maxwell alleges that from roughly 1994 to 1997 she “assisted, facilitated, and contributed to Jeffrey Epstein’s abuse of minor girls” by helping him “recruit, groom and ultimately abuse victims” they both knew were underage. The indictment also alleges that Maxwell lied under oath in 2016 “in an effort to conceal her crimes.”

She has pleaded not guilty.

Read more: What to Know About Ghislaine Maxwell, the U.K. Socialite Who Became Jeffrey Epstein’s Confidante

Maxwell’s attorney did not respond to TIME’s request for comment. When asked for comment, the Southern District of New York said it does not comment on pending litigation.

The trial will hinge on several elements, legal experts tell TIME, but one key piece of evidence could be Government Exhibit 52, an address book that prosecutors allege belonged to Maxwell. The “little black book” has long been an object of interest in the Epstein case; in 2015, Gawker published a redacted copy of its contents, including the names of world leaders, famous performers and business titans.

If admitted into evidence, the book’s role in the trial could be “significant,” says Jessica A. Roth, a professor at Cardozo Law and a former federal prosecutor who has not worked on Maxwell’s trial. “[Much of] this case is going to turn on the credibility of the victims, who will testify to the role that they claim Maxwell played in their [alleged] abuse,” she explains. If the government can use the book to prove Maxwell was in communication with those same victims, it could be “powerful corroboration.”

Here’s what to know about the contact book prosecutors allege belonged to Maxwell.

What is the little black book?

According to court filings, the government first obtained the book from Alfredo Rodriguez, an employee of Epstein’s from late 2004 to early 2005 who was attempting to sell the book to Brad Edwards, one of the lawyers suing Epstein in 2009 on behalf of alleged victims. Edwards notified the FBI, which set up a sting operation in which the 97 page contact book was given to an undercover agent for $50,000, according to the government’s filings in the case.

Acting US Attorney for the Southern District of New York, Audrey Strauss, announces charges against Ghislaine Maxwell during a press conference in New York City on July 2, 2020.
Johannes Eisele—AFP/Getty Images

Most of the contents of Government Exhibit 52 has been redacted from court filings. But in a Nov. 12 filing, federal prosecutors contended that the book contains “compelling evidence” of Maxwell’s guilt. The filing alleges that the book includes “dozens of pages of contacts, including family and friends of the defendant.” Furthermore, the government alleges the book would show Maxwell “kept contact information for relevant individuals at trial, including victims.”

In her filing, Maxwell’s attorneys said that those are “bold, unexplained claims that Ms. Maxwell disputes.” Maxwell’s lawyers contend the contents of the book are “neither authentic nor relevant,” arguing that the fact that the book did not surface until 2009 shows “there is no relevance that can be attached to the information.”

How might the book come up in Maxwell’s case?

“Its significance could be multifold,” says Roth. The government alleges Maxwell was in communication with Epstein’s victims and cultivated relationships with them on his behalf. If the address book belonged to Maxwell and contained victims’ name and contact informations, it would “help [the government] establish that narrative and corroborate the victims’ anticipated testimony,” she says.

If those victims’ names appear under the heading “massage”—which reportedly appears in the book—it could further help the government establish that she was communicating with the victims to arrange massages for Epstein, one of their alleged tactics for recruiting girls for sexual abuse. And if the book includes the contact information of any alleged victim’s parents, for example, that might help prosecutors establish that Maxwell knew the victims were underage.

Read more: 23 of Jeffrey Epstein’s Accusers Finally Got Their Day in Court. Here’s What They Said

But this is all dependent on whether the government can actually prove that the book is both authentic and belongs to Maxwell. Only then can it actually be admitted into evidence. And in the opinion of Mark MacDougall, a former federal prosecutor, the government “will have to overcome some significant obstacles” to do so.

“There are some serious questions about how the book was obtained, who made the entries and whether the writing can be linked directly to the defendant,” MacDougall says.

Maxwell’s lawyers has asked the judge to exclude the book from the trial. In court filings, her legal team has argued that no one “knows where or when the exhibit was acquired by Mr. Rodriguez, what he did with it for as long as he had it, who may have created the exhibit, and where it came from.” Rodriguez has since died, so he can’t testify to it.

The government has said in response that a different individual who worked for Epstein would testify that they were aware of “two sets of contact books maintained in Epstein’s residences, both of which were printed and bound in a distinctive format.” The first book belonged to Epstein, and the second was commonly referred to as Maxwell’s book, prosecutors allege. The government says this witness would testify that there were copies of each book kept in several locations, including Epstein’s Palm Beach house. Prosecutors say that if called to the stand, this witness would testify that they recall seeing a copy of the book in Maxwell’s office in the Palm Beach house, and that Government Exhibit 52 has the same shape, color, binding and formatting.

Read more: She Survived Sex Trafficking. Now She Wants to Show Other Women a Way Out

If the government can establish the book was Maxwell’s and that it was kept in Epstein’s residence, it could also help establish her connection both to Epstein and his properties where much of the abuse allegedly occurred, says Roth.

Could the book implicate more people?

Maxwell and Epstein were linked to numerous famous and influential people in the 1990s and early 2000s. But court watchers eager to know if those names will appear in Maxwell’s trial via the alleged address book may be disappointed. The Associated Press reports that the only portion of the book that the judge will consider admitting into evidence is the section under the heading “massage” that prosecutors allege contains the names of victims.

“I think the judge is going to be very [careful about] letting names about celebrities who are not directly tied to the charges in this case be put before the jury,” says Roth. “Because among other things, it would be distracting and could be unfairly prejudicial.” 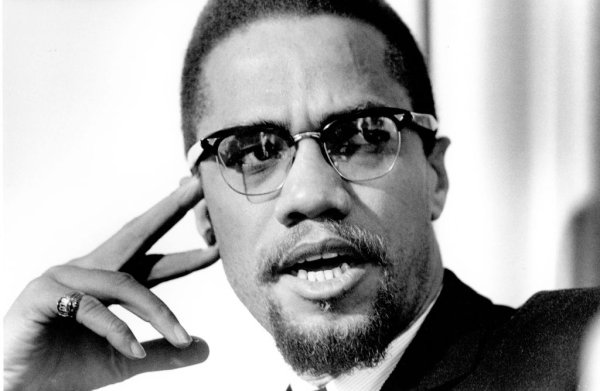 The 'Vindicating' Exoneration of 2 Men Convicted of Malcolm X Killing
Next Up: Editor's Pick