Why This Dating App Is Paying All Employees an $80,000 Minimum Salary

Feeld is a dating app that puts being progressive at the heart of what it does. For its chief executive Ana Kirova, that’s an approach she aims to bring to the way the business values its employees.

The company, which offers users a range of flexible options and started out as an app for ethically non-monogamous relationships, announced on Nov. 24 that it was setting a new minimum annual salary of £60,000 ($80,000) for full-time employees. The new minimum pay means 40% of Feeld’s 55 full-time staff will receive a pay rise starting in January. The remaining employees already earn above this amount.

“We put the human first, both as a company and for our customers,” Kirova tells TIME in an interview over Zoom. Following a wave of new hires, she noticed that paying employees the market rate for some roles meant that their salaries would not rise beyond a certain level. “It just didn’t make sense for us to take that information and not do anything about it.” she says. “As an organization, being fluid and progressive allows people to do their best work.”

The decision is similar to that taken by Gravity Payments, a credit card processing startup, which raised its minimum salary to $70,000 in April 2015. Feeld’s move also comes against the backdrop of a significant shift within the labor market. Dubbed the ‘great resignation,’ workers are quitting their jobs in droves. A record 4.4 million Americans quit their jobs in September, according to a report released Nov. 12 by the Bureau of Labor Statistics, the highest level since the agency started tracking such data in 2000. In the same month, there were around 10 job openings for every seven people without a job. Demand for workers is giving employees leverage to demand better pay, perks, and working conditions from potential employers.

In the U.K., where Feeld is based—although it allows staff to work remotely from anywhere—resignations and job-to-job moves are at the highest level in 20 years. Nearly 400,000 workers resigned between July and September, compared with 105,000 at the same time last year.

While Kirova recognizes the benefit of high starting salaries in attracting talent, she says the reason for the company’s decision was more about its “core value: being human.”

Unlike Dan Price, the CEO of Gravity Payments, Kirova will not be taking a pay cut to fund the minimum salary increase. That’s because the raises can be comfortably funded using the company’s profits, she says.

“We’ve been profitable for the last few years,” she said without disclosing the company’s profit figures. “We’ve seen a lot of growth and success, and we want to make sure that we reward everyone for it, because it’s not like it’s one person’s success. Everyone’s contributed to it.”

Executives will still earn significantly more than other employees. Taking into account the $80,000 base wage and new hires in top roles, employees at executive level will be earning around six times the minimum salary, Kirova says.

“We’ve never really had that vast gap between the top paid person and the lowest paid,” she says. “I think that this is to a large degree thanks to our transparent salaries policy, because it just keeps you accountable as a leader.”

Kirova declined to disclose the company’s annual revenue or total number of users but a company representative said there had been a 70% year-on-year increase in users from October 2020 to October 2021. The New York Times reported that the app had 1.5 million downloads in 2016. The app, which has users in major cities around the world, is free to use but has a paid membership offering with enhanced features and privacy options.

Dimo Trifonov, the app’s founder—and Kirova’s partner—originally came up with the idea for Feeld in 2014, when she asked if him they could experiment with additional people in their relationship. Initially called 3nder, the app was designed for couples to create joint accounts. It has since expanded to include anyone wanting to experiment in dating. There are more than 20 options for gender identity and sexuality on the app.

Kirova joined the product side of the business in 2016 and was appointed CEO in April this year. Since then, she has formed a leadership team of 60% female-identifying members. According to the company, increasing the lowest wage to $80,000 will reduce the gender pay gap between men and women at Feeld to 1%, from 6%.

“As a leader of an organisation and especially with our transparency, you can see patterns that are systemic,” Kirova says of the pay gap. “They’re not our doing. But if we don’t do something against them, they will just creep in as we grow.”

The company aims to one day close the remaining 1% pay gap, but only once it has established the root cause, she says. “Does this 1% also come from the wider market? Or does it come from internal bias that we’ll need to address?”

Kirova says she did not discuss the wage increase with the company’s sole investor, whose identity she declined to reveal, but says “he has a lot of faith in and trust in how we work.”

“We’ve previously made decisions that could look unpopular from an investor perspective,” she says, such as investing heavily in “design and creative work” and implementing salary transparency.

“These are not necessarily popular decisions, because they’re not tested and proven. But Feeld has always been very creative about how we do our work, and what exactly we do,” Kirova says. “And I believe we have the trust of our investor.”

In addition to improving equity across different roles and genders within the company, Kirova hopes that the minimum salary increase will set an example to other startups. “It’s very important for us to stay progressive, but also to inspire other companies to think a little bit more creatively about how exactly they conduct their business internally.”

Most importantly, Kirova believes that investment in workers is essential in fomenting productivity. “In industries which are trying to reinvent or to innovate how work happens, there needs to be a path for people to see how they can succeed and grow.” She says it is counterproductive to creat gaps between how different roles are valued within an organization. , She gives the example of engineering positions, which are often better paid than other jobs within startups. “It has to be bridged. It can’t stay like this forever.” 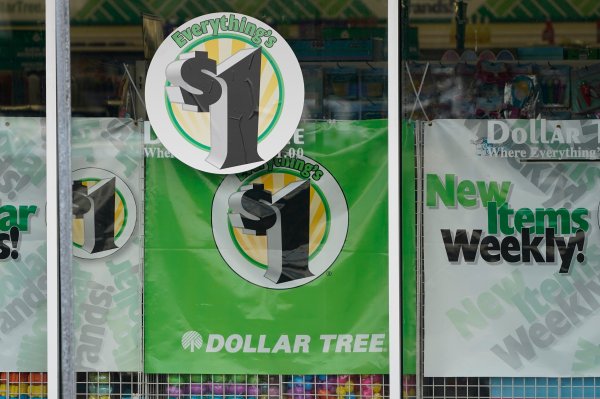 Dollar Tree Raises Prices to $1.25
Next Up: Editor's Pick