Why We Should Stop Freaking Out About Inflation

Turkeys are displayed for sale in a grocery store ahead of the Thanksgiving holiday on November 11, 2021 in Los Angeles, California. U.S. consumer prices have increased solidly in the past few months on items such as food, rent, cars and other goods as inflation has risen to a level not seen in 30 years. The consumer-price index rose by 6.2 percent in October compared to one year ago.
Mario Tama-Getty Images)
Ideas
By Zachary Karabell
Karabell is an author, investor, and commentator. His latest book is Inside Money: Brown Brothers Harriman and the American Way of Power.

For the first time in decades, we are in the midst of a bona-fide inflation scare. Recent numbers came in at 6.2%, the highest since 1990. With government spending in the trillions and economic activity surging as the pandemic wanes, much of the world is beset by high demand for goods that have created massive supply-chain bottlenecks, with not enough ships and capacity at ports leading to long delays and higher prices for almost everything.

The $64,000 question (or perhaps now the $128,000 question) is whether this is a dramatic and dangerous new normal or simply a hiccup as the world emerges from 18 months of the COVID-19 economy. No one knows, of course, what the future truly holds, even as that doesn’t stop many from proclaiming with certainty. But as we weigh the answers, a few things should guide us: not much has changed structurally in the global economic system in the past few months; our economic numbers are based (as they always are) on changes over the last twelve months, and last year was epically problematic with much of the world in lockdown; and finally, the scars of the ravages of inflation in the 20th-century has never fully healed.

Today’s sense-memory of inflation is connected to the rise of fascism and World War II in the 1930s and 1940s, and then the roiling disorders of the world in the 1970s. The result is that any hint of inflation triggers the equivalent of PTSD in the ranks of central banks, economists, policymakers and millions of middle-class wage earners.

For months the response of the Biden Administration and of the Federal Reserve has been that this bout of inflation is a temporary phenomenon, a sign of demand roaring back. Treasure Secretary Janet Yellen said recently, “I expect that next year, many of the supply bottlenecks that we’re experiencing now in opening up our economy will recede.” But in recent weeks, that conviction has come under intense fire.

The spike in inflation has triggered a wave of warnings that the combined effects of excess demand, aggressive government spending and the COVID easy money policies of central banks have inadvertently reawakened the inflation monster. Former Treasury Secretary Larry Summers has been making the rounds accusing the administration of inflation complacency, warning that that the governments and banks worldwide need to start taking the inflation threat seriously. A quick Google search reveals dozens of recent articles and media segments highlights rising prices, consumer unease and a plethora of economists in a rising crescendo that in preventing COVID-19 from becoming an economic catastrophe, we have unleashed the inflation threat that had until 2020 been considered largely vanquished.

The line between anomalous and a new normal is always fuzzy, but it is striking that the same people who balked at the idea that inflation might be a thing of the past when there was no evidence of it between 2000 and 2020 are willing to sound the alarm of inflation after just a few months of high readings in 2021. Little or no inflation over the past twenty years was viewed by most economists and central banks as a conundrum. Even in the absence of any evidence, they were quick to warn that somewhere, inflation was lurking nonetheless. The Fed and every major central bank has as their primary charter “price stability” which is banker-speak for keeping inflation in check. Inflation may have been nowhere evident for years, but that didn’t stop multiple institutions looking for it.

So, when numbers began rising this summer, it was easy enough to dust off old fears and proclaim that the long-feared demon had resurfaced. Never mind that inflation is rising at annual pace off from the deeply depressed COVID-19 economy of 2020. We calculate most economic numbers based on year-over-year change, so if a year ago was unusually muted, it doesn’t take much to make the numbers a year later look big. Think of it this way: if a year ago New York City rents plunged from $2000 to $1500 for a one-bedroom apartment and in the past few months went back up to $2000, the statistics would register an annual increase of $500 or 25%, when in fact it was flat compared to its pre-COVID-19 level. Current inflation statistics (along with other numbers such as GDO growth) measure the change from a year ago, and a year ago we were still mired in partial lockdowns and COVID fear.

The larger question is whether something fundamental has changed in the global system. Yes, China has largely closed itself from foreign travelers and is keeping its own citizens from venturing abroad. But goods and capital have continued to flow as before, and the recent surge in demand for physical goods is coming off a prolonged period where people everywhere were primarily buying things for home use—Pelotons and sweatpants and sourdough pans. Pent-up demand exploding in a world where efficiencies have meant very little slack capacity is a perfect recipe for bottlenecks, and too much demand for too little supply is a perfect recipe for rising prices.

So too is the demand for service workers in a world where travel and leisure had been nearly halted and is now accelerating. That has meant large employers such as Walmart and Amazon have been increasing worker wages, which in turn is fuel for rising prices. Added to that mix is central bank easy money policy with interest rates hovering near zero globally, which can be its own spur to inflation.

But some inflation is not the same as scary, runaway hyperinflation that will destabilize the financial system and reduce the living standards of wage earners. In fact, rising wages have in many places been higher than rising costs. Take the recent hike of $21 a month by the federal government in Medicare premiums, the largest dollar increase in history. That got all the headlines because it spoke to inflation fears. At the same time, however, the government announced that Social Security premium would increase 5.9%, which more than cover the Medicare increases and still leave a healthy extra amount in people’s pockets.

Not all inflation erodes lifestyle; wages rising, social security increases, modest rises in interest rate can add to middle-class savings and disposable incomes. For years, largely because of the proliferation of new technologies, prices have been dropping everywhere. Deflation, not inflation, has been the dominant trend, and in terms of costs of services and many goods, that tech-fueled trend has not been altered. The rise in the cost of sofas and refrigerators and gas is a product of demand, not intrinsic changes in how much it costs to make those goods. Once supply adjusts to increased demand, and once the surge of post-COVID-19 pent up demand levels off, we will be largely in the same world we have been in: a world where technology pushes costs lower.

Of course, it may be that the long-awaited inflation shoe is indeed dropping. You can’t disprove a future fear, and the memory of destructive inflation runs so deep that even a hint of it is sufficient to spook markets and nations. But it is far more likely that our current inflation fear is more a product of the past than of the present and the future, and that the larger danger is not that prices are inflating for good but that our fears are inflated. We’ve had enough fear over the past two years; let’s not succumb to another wave. 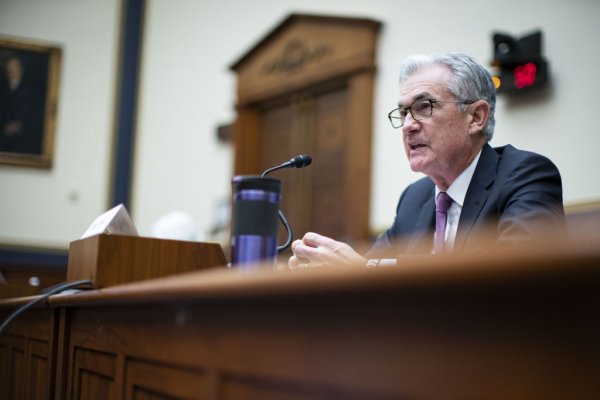