Their Memoir Has Been Removed From School Libraries In 8 States. This Black Queer Author Is Fighting Back

George M. Johnson, the author of 2020's "All Boys Aren’t Blue: A Memoir-Manifesto," which has been removed from school libraries in at least eight states.
Courtesy of Vincent Marc
By Madeleine Carlisle

What knowledge is appropriate for children? What shouldn’t they be told? School boards across America have struggled to answer these questions this school year amid a wave of heightened scrutiny and politicized rhetoric over what books kids should be allowed access to.

This fall, The American Library Association has seen an “unprecedented volume of challenges” to books, TIME’s Olivia B. Waxman has reported, the majority of which have centered on material examining race and LGBTQ identities. Among the books most frequently targeted is George M. Johnson’s All Boys Aren’t Blue: A Memoir-Manifesto (2020). Johnson’s reflections on growing up Black and queer was named a 2020 Best Book of the Year by Amazon, the New York and Chicago public libraries and Kirkus Reviews. It was even optioned by Gabrielle Union-Wade’s production company for a series.

TIME spoke with Johnson on Wednesday about the challenges to their book, the recent rise in censorship and their message to fans.

What was your goal when you wrote this memoir?

My life is led by the Toni Morrison quote: “If there’s a book that you want to read and it hasn’t been written yet, then you must write it.” I was writing the book I wish I got to have when I was a youth struggling with the intersections of my Blackness and my queerness, and trying to navigate a society that wasn’t built for me.

What was your first reaction when you learned your book was being removed in some school districts?

I knew this was always going to happen. Before the book came out, my team had a meeting about what we would do when the book got banned, because I brought it up. I know the landscape that we live in. So for me to not only exist, but have the audacity to tell my story… [the people behind these bans] were going to at some point try and shut it down.

How do you respond to claims that your book is “sexually explicit,” and should be banned for that reason?

It’s disingenuous for multiple reasons. There’s this misconception that this book is going to children—they’re using language like, ‘Do you think an eight-year-old should read this?’ And my response is, no, that’s why it’s geared for 14 to 18-year-olds.

We also have to stop pretending like my book is what’s introducing [a] child to sex. It isn’t. [A] 14-year-old child, by the time they’ve read my book, may have already had sex. So them reading about a sex scene is possibly more about their own experience, in their own life.

The part that’s also being left out is that I am talking about sexual education. I am talking about consent. I am talking about agency. And I am using my story to teach kids about the mistakes that I made the first time that I was having sex, so they don’t make those same mistakes. I am teaching kids about not feeling guilty when sexual abuse happens, and how to recognize sexual abuse—most teens don’t even recognize they’ve been abused. And how to fight back against those traumas that you can hold on to for so very long. So they’re leaving very, very important context out, intentionally of course, to try and say my book is pornographic.

Books with heavy topics are not going to harm children. Children still have to exist in a world full of these heavy topics, and are going to be affected by them whether they read the book or not. Having [this] book though, gives them the tools, the language, the resources and the education so that when they are having to deal with a heavy topic, they have a roadmap for how to handle it.

People say negative press is still press! But I don’t necessarily feel like this is a negative press. Because what I’m watching is the beautiful outcome of it: students rallying, students signing petitions, students activating their rights—which is what my book is teaching them to do. My book tells them that the first person you have to be an activist for is yourself.

As my colleague Olivia Waxman has reported, The American Library Association is seeing an unprecedented volume of challenges to books this school year. What do you make of this trend?

White people are now extremely fearful that they are losing their grip on the majority. White publishing is not as lucrative a business as it used to be. Black and brown books are being turned into TV shows [and movies]. They’re winning awards. They are now starting to become much more profitable in the market. Just 15 to 20 years ago, it was hard to find queer books in the young adult [section]. And now you have a whole selection of them, right? I say they’re attacking books because books have always stood the test of time.

What would you like fans of your book to know about how they can respond to these challenges?

The best way that they can respond is by buying the book. Sales equal visibility, which equals accessibility—then it doesn’t matter if you remove it from the library, because we know that youth can still get to it.

The second thing is about correcting misinformation. When you see people [sharing] misinformation about books you have read, correct it.

And the final thing is, [supporters and allies] have got to vote locally. These school boards are atrocious. People have to understand that politics is not just a national game. It is a local game. And people have to become more invested in voting for the people who actually are making the decisions for the community they live in. 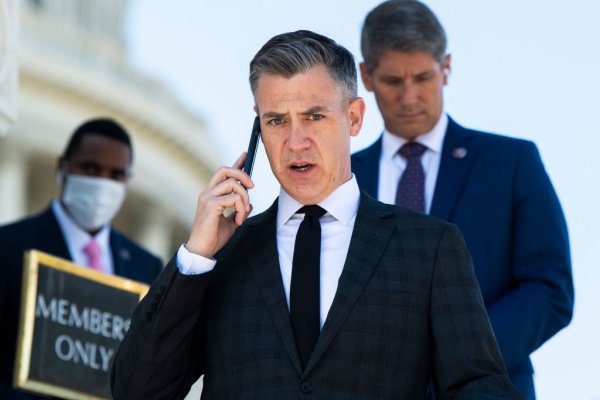