Cowboy Bebop is a mood. One of Japanese anime’s most distinctive creations, the 1998 series is set in the year 2071 and follows a colorful crew of bounty hunters—and a corgi—as they pilot their spaceship, the Bebop, through the galaxy in search of fugitives. Creator Shinichiro Watanabe conjures a postapocalyptic landscape of casinos and dive bars, where refugees from Earth have colonized other planets, mixing cultures and clinging to pop-cultural detritus. It’s film noir and Blade Runner, jazz and westerns, a love letter to ramen noodles, martial arts and classic rock.

This is the kind of immersive world that attracts fiercely protective, tantrum-prone fans. As news about the live-action remake that hits Netflix on Nov. 19 trickled out, some protested that John Cho, at 49, was too old to play 27-year-old antihero Spike Spiegel. Others griped that Daniella Pineda (The Originals) didn’t look sexy enough as Faye Valentine, an animated character so curvaceous as to be structurally unsound. (“Six foot, double-D sized breasts, two-inch waist,” Pineda cracked in a video responding to the kerfuffle. “You know, they looked everywhere for that woman and they couldn’t find her, it was kinda weird.”) But as it turns out, the casting isn’t the problem at all.

Neither is the plot, which combines deep dives into the characters’ pasts with a lightly serialized chronicle of the Bebop’s intensifying conflicts with a powerful interplanetary crime syndicate. Over time, we learn about the epic heartbreak that made Spike the languid drifter he is. His crew mates, fiery Faye, who can be a rival as much as an ally, and Jet Black (Mustafa Shakir from The Deuce), a former police detective, have painful backstories of their own.

What’s missing from this gratuitous adaptation, which credits Watanabe as a consultant, is the atmosphere. Though it does have a certain pulpy, shoddy-chic, Doctor Who visual style and benefits greatly from a jazzy, dynamic new score by original Bebop composer Yoko Kanno, it can’t match the collage of aesthetics, vibes and cultural references that made its predecessor feel more like a dispatch from the future than an attempt to simulate it in the present. Showrunner André Nemec has said he aimed “to mine the archetypal nature of the characters and dig out deeper histories.” Maybe that explains the otherwise baffling decision to adapt a 25-minute cartoon into episodes of up to an hour. Sadly, it misses the core appeal of Cowboy Bebop, which finds its deepest resonance in a richly textured surface. 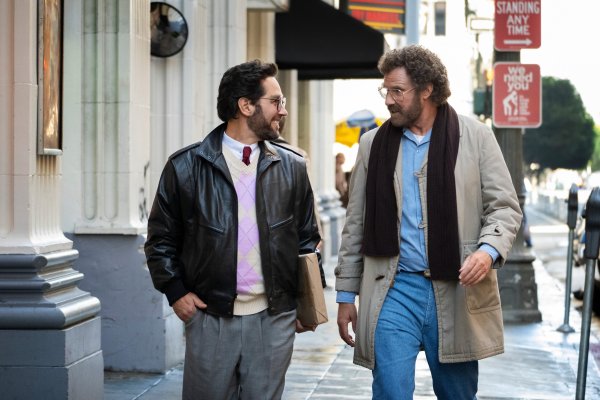 The True Story Behind The Shrink Next Door
Next Up: Editor's Pick