Can You Mix and Match Your COVID-19 Booster Shot?

Figuring out whether you need a COVID-19 booster shot feels a little like playing a choose-your-own-adventure game, with rules based on which shot you initially got as well as your age, medical history and job.

Right now, boosters are recommended for anybody who got the single-dose Johnson & Johnson/Janssen shot at least two months ago. Among people who originally got the mRNA-based shots made by Pfizer-BioNTech and Moderna, boosters are available at least six months after the second dose for elderly adults, those with underlying medical conditions and people who live or work in high-exposure settings, such as long-term-care facilities. Pfizer on Nov. 9 asked the U.S. Food and Drug Administration to authorize its booster for all adults, but the agency hasn’t done so yet.

Further complicating matters, the U.S. Centers for Disease Control and Prevention has said eligible people can get boosted with any of the three available vaccines, no matter which type they got the first time around. This approach is known as “mixing and matching.”

But what are the pros and cons of branching out versus staying brand loyal?

It’s a little too soon to say. So far, there’s only been one mix-and-match study on the vaccines available in the U.S. It was not designed to find the “best” vaccine combination, but rather to examine the overall safety and efficacy of mixing and matching. On that front, the result was clear: mixing and matching produces a safe immune response similar to or stronger than that generated by an additional dose of your original shot. But since the study wasn’t meant to compare different combinations, it’s difficult to recommend one type of booster over another.

The data did show that people who originally got the Johnson & Johnson shot produced more antibodies when they were boosted with a dose of Pfizer-BioNTech or Moderna, rather than a second dose of Johnson & Johnson.

But even that result isn’t as straightforward as it may seem, says Dr. Mohammad Sobhanie, an infectious disease physician at The Ohio State University Wexner Medical Center. Antibodies are only one piece of immunity, so “whether or not the more robust antibody response would mean that it’s a better vaccine is left to be said,” Sobhanie says.

Nonetheless, based on what’s known so far, Jason Pogue, an infectious diseases clinical pharmacist at Michigan Medicine, recommends an mRNA booster to anyone who got Johnson & Johnson the first time around. “I think the data is supportive that you get a stronger and a wider breadth of response with the mRNA vaccine,” Pogue says. (Either Pfizer-BioNTech or Moderna is fine, he adds.)

For people who got a two-dose vaccine to begin with, Pogue says the choice of booster is a bit less important. “If it’s more comfortable to get the one you got the first time, then go ahead and go for it,” he says. But if that shot is not in stock when you go to the pharmacy, “it’s totally reasonable to get the one that’s available.”

If you’re not sure which booster to get, Sobhanie recommends talking to a physician who can take into account your specific circumstances. While serious side effects from vaccination are highly uncommon, a very small number of women under 50 have developed serious blood clots after receiving the Johnson & Johnson shot, while in rare cases the mRNA-based vaccines have been associated with heart issues in young people, especially young men and teenage boys. If you fall into one of those demographics, your doctor may advise you to choose a different shot for your booster, just to be extra safe.

And, of course, if you haven’t gotten vaccinated at all yet, doing so is a very good idea. The original shots are still working well to prevent severe disease and death. Boosters are just another way to protect the vulnerable.

A version of this story originally appeared in the Coronavirus Brief newsletter. 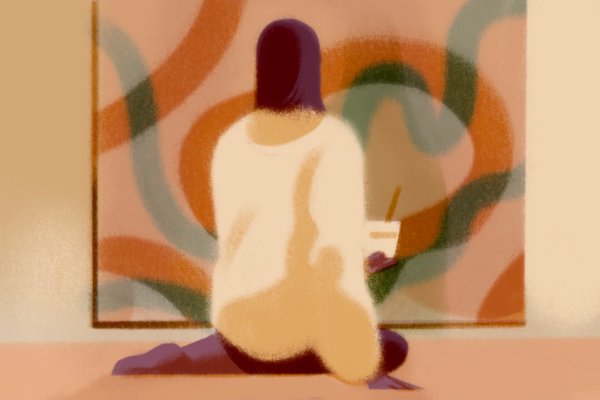 How Ice Cream Became My Own Personal Act of Resistance
Next Up: Editor's Pick