In a video posted to Facebook in November 2020, an extremist priest called for Hindus to rise up and begin killing Muslims in India.

“People need to learn that this is not the time to protest, but the time to go to war,” said Narsinghanand Saraswati, who has been named by at least one international watchdog as an extremist hate preacher. “This is a global war where Islam’s jihadis are fully prepared. It’s our choice if Hindus should fight or not. But Muslims will not spare Hindus.”

“It’s time for every Hindu to invoke the warrior in them,” Saraswati said in Hindi in the Facebook video. “The day Hindus take weapons and start killing these Love Jihadis, this Love Jihad will come to an end. Until then, we can’t stop it.”

With 1.4 million views as of late October this year, the video was one of the top posts on Facebook about “Love Jihad,” a popular Islamophobic conspiracy theory that suggests Muslim men are attempting to wage a holy war against Hinduism by marrying and converting Hindu women to Islam.

Facebook banned the QAnon conspiracy theory in October 2020, designating it a “militarized social movement.” But the company has not applied the same definition to Love Jihad, which began as a fringe conspiracy theory but began to enter the Indian political mainstream around 2016 after being taken up as a narrative by Hindu nationalist groups.

Facebook is aware of the danger and prevalence of the Love Jihad conspiracy theory on its platform but has done little to act on it, according to internal Facebook documents seen by TIME, as well as interviews with former employees. The documents suggest that “political sensitivities” are part of the reason that the company has chosen not to ban Hindu nationalist groups who are close to India’s ruling Bharatiya Janata Party (BJP).

“​​We make decisions on content based on whether they violate our policies, not because of someone’s political position, party affiliation, or political point of view,” Facebook said in a statement. “We have removed several pieces of ‘Love Jihad’ content on the platform that violated our policies and will continue to remove violating content as we become aware of it.”

This story is partially based on whistleblower Frances Haugen’s disclosures to the U.S. Securities and Exchange Commission (SEC), which were also provided to the U.S. Congress in redacted form by her legal team. The redacted versions were seen by a consortium of news organizations, including TIME. Many of the documents were first reported by the Wall Street Journal.

Facebook has deemed India a “tier one” country—its highest ranking in a tier system that decides how the company prioritizes its resources building safety systems in countries at risk of violence. But the documents show that Facebook spends only a small minority of its total investment in the safety of its platforms on languages other than English, and on jurisdictions outside the U.S. In India, Facebook’s biggest market, with more than 300 million users, the company has been accused by watchdogs and opposition politicians of wilfully turning a blind eye to incitement to violence by Hindu nationalists.

Facebook only removed the video of Saraswati calling for Hindus to eradicate Muslims after TIME asked about it in late October. “We don’t allow hate speech on Facebook and we remove it when we find it or are made aware of it,” a company spokesperson said in a statement. “We know our enforcement is not perfect and there is more work to do, but our regular transparency reports show we are making progress combating these issues.”

‘Political sensitivities’ may have played a role

In one internal company presentation, which is undated but includes a screenshot of a post from March 2021, Facebook employees wrote that they had carried out research that found “a high volume of Love Jihad content” on the platform. Groups and pages on Facebook, it said, are “replete with inflammatory and misleading anti-Muslim content,” a problem exacerbated by what the report said was a lack of algorithms that work to detect such content in the languages Hindi and Bengali.” TIME was unable to ascertain when the report was written.

In a statement to TIME, Facebook said it had brought in algorithms in early 2021 to detect incitement to violence in Hindi and Bengali, and that it has had algorithms to detect hate speech in these languages since 2018. But those algorithms appeared not to have detected or flagged the video of Saraswati for deletion, even though it had amassed 1.4 million views.

Political factors may be at play in the company’s handling of Hindu nationalist content, the internal Facebook presentation suggested. Much Love Jihad content, it said, was “posted by pro-BJP and pro-RSS pages.” The RSS is the largest Hindu nationalist group in India, with close ties to the government.

The presentation acknowledged that the RSS regularly shares “fear-mongering, anti-Muslim narratives [targeting] pro-Hindu populations with V&I [violence and incitement] content,” which is against Facebook’s rules.

The presentation says that “political sensitivities” meant that RSS had not been designated as a dangerous organization by the company—a designation that would have resulted in the group being banned from Facebook’s platforms. “We have yet to put forth a nomination for designation of this group given political sensitivities,” the presentation says.

In October, the Intercept revealed Facebook’s list of banned terrorist and hate groups and individuals. The list includes hundreds of Islamist groups from all over the world but just one Hindu extremist group, the Sanatan Sanstha. Saraswati, the preacher who called for Muslims to be killed, is not on the list.

Read More: Facebook Banned a Hindu Extremist Group—Then Left Most of Its Pages Online for Months

The internal Facebook presentation reveals that employees knew content shared by Hindu nationalist groups posed a risk to vulnerable populations. One slide in the presentation suggests the posts fall under the term “politicized hate,” which the report defines as “a term used to describe a category of discriminatory practices from political parties which target vulnerable populations often done in a coordinated, authentic way.” (In this context, “authentic” means that the people posting are not using fake accounts.)

One former Facebook employee, who spoke on condition of anonymity out of fear that being named could invite retaliation, told TIME that some employees had raised the issue of the Love Jihad conspiracy theory as early as 2019, but that the company had decided against banning it from the platform, choosing instead to down-rank the content in users’ feeds.

Facebook did not respond to a question from TIME asking for confirmation that it currently down-ranks Love Jihad content rather than deleting it. It also did not respond to questions asking what signals the company uses to inform algorithms that could detect such content, and in what languages those algorithms are operational, if any. In a statement, the company said: “We’ve invested significantly in technology to find hate speech in a variety of different languages, including Hindi and Bengali. As a result, we’ve reduced the amount of hate speech that people see by half this year.”

Of all the posts on the platform that contain the Hindi term for “Love Jihad,” the top one, with 16.3 million views, is a fictionalized video shared by BJP worker Pradeep Tyagi in February of this year. The video depicts a woman meeting a man at a Hindu temple and falling in love. They marry, only for the woman to find out the man is a Muslim. He forces her to wear a burqa and begins physically abusing her. He is shown receiving a wad of cash from an imam (an apparent allusion to the conspiracy theory that Muslim men are being paid large sums of money by religious officials to convert Hindu women). When the woman tries to run away, the man beats her, covers her in gasoline, and sets her alight. She is shown dying in agony in the hospital, covered in blood. The video ends with the same man returning to a temple and meeting a new woman. The clear implication is that he is beginning the process of so-called Love Jihad all over again.

Tyagi, the BJP worker who shared the video, did not respond to a request for comment.

One civil society organization told TIME that it is tracking a group of at least 27 “highly toxic” pages that regularly post Love Jihad content, whose videos had cumulatively been viewed more than 1 billion times as of October 2021. The Indian diaspora-led foundation, called The London Story, told TIME it has reported these pages and the content they share to Facebook but that the company had not removed any of the posts or accounts.

Many of the pages are run by “vigilantes,” says Ritumbra Manuvie, a legal scholar who is the foundation’s policy and research director. Some of the page administrators include their WhatsApp contact number on their pages, she says, and encourage their followers to report Muslim men perpetrating so-called Love Jihad against Hindu women.

To date Manuvie’s impression has been that “Facebook is just not bothered,” she tells TIME. She said that her group had shared evidence of the 27 pages’ activity with Foley Hoag, a Boston-based law firm hired by Facebook to carry out a forthcoming assessment of its human rights impact in India. “We did say very categorically that Facebook is providing these tools to vigilante armies who are using them to gather bigger crowds,” she says.

Facebook said it was carrying out a review of the pages after TIME asked the company about Manuvie’s complaint.

In one video from January, which Manuvie says she reported to Facebook but which remains online, a spokesperson for the Hindu nationalist group Karni Sena threatens violence against people who engage in interfaith marriage. “If anyone subscribes to this kind of thinking … we will beat you so bad you won’t be able to comprehend it,” the spokesperson, Mahipal Singh Makrana, says in the video, which has received 1.5 million views on the platform.

In the video, Makrana refers to a specific alleged Love Jihad incident in the village of Kolai, in the northwest-Indian state of Rajasthan. He explains that he and his “regional spokesperson” would visit the village to support the family of the alleged Love Jihad victim in the coming days, and threatened: “If someone has to die, it will be the other, not them.” He is speaking Hindi in the video.

There appear to be no reports of that specific incident leading directly to real-world violence in the village of Kolai, but mob attacks against Muslims are on the rise in India, and many participants appear to use Love Jihad as justification. A viral video posted in August documented a terrified 8-year-old girl clinging to her father, a 45-year-old Muslim man, as he was beaten by a mob chanting “Jai Shri Ram,” a Hindu nationalist slogan. One of the man’s relatives had been accused of marrying a Hindu woman to convert her to Islam. The mob threatened to kill the man and his family members, as his young daughter pleaded with them to stop.

Three men were arrested after the mob attack, which was reportedly coordinated by the Bajrang Dal, one of the biggest Hindu extremist groups in India, which is close to the ruling party. The Bajrang Dal regularly posts Love Jihad misinformation on its Facebook pages. The Journal reported in 2020 that Facebook had chosen not to ban the Bajrang Dal, citing risk to Facebook’s business prospects in India. 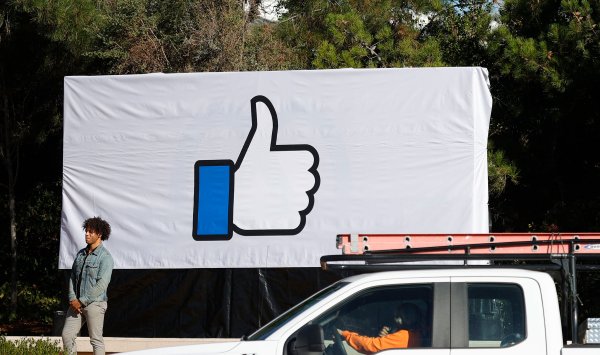 Facebook Changes Name to Meta
Next Up: Editor's Pick