'Turned Down Because of Who I Am.' Woman Accuses Biden Administration of Anti-Gay Discrimination in Foster Program

Kelly Easter, a 47-year-old realtor in Nashville, Tenn., is suing the U.S. Department of Health and Human Services.
Courtesy of Stacie Huckeba
By Madeleine Carlisle

Kelly Easter wanted to help. Like many Americans, she watched the news in 2020 in dismay at the conditions awaiting unaccompanied migrant children at the U.S.-Mexico border. Easter, a 47-year-old realtor, lives alone in her two bedroom apartment in Nashville, Tenn. “I have the resources. I thought, ‘Why not? Let me help,’” she tells TIME.

In her research, Easter came across the Unaccompanied Children Program, a program through which the U.S. Department of Health and Human Services (HHS) places migrant children into temporary foster care until they can be united with vetted sponsors in the United States. Easter says she asked HHS’s Office of Refugee Resettlement how to get involved and was directed to Bethany Christian Services, a faith-based nonprofit that runs the arm of the program in her area. Easter says she first contacted Bethany in September 2020, and was encouraged to apply.

Read more: How Foster Families Are Stepping Up to House Unaccompanied Children Arriving at the U.S.-Mexico Border

But Easter, who is a lesbian, started to worry when she read online that Bethany had refused to work with LGBTQ parents in the past. (Bethany announced on March 1, 2021, that it would begin providing services to LGBTQ parents nationwide.) She reached back out to ask for guidance; after a year of back-and-forth, Easter says she was told by Bethany on Aug. 12, 2021 that she could not apply to the unaccompanied child program in their East Nashville office because of her sexual orientation. “I literally cried,” Easter tells TIME. “Just to be turned down because of who I am, it was really surreal.”

On Oct. 13, Easter filed a federal lawsuit against HHS, along with specific HHS officials and programs, with the assistance of LGBTQ civil rights group Lambda Legal, the nonprofit Americans United for Separation of Church and State and the law firm Orrick, Herrington & Sutcliffe LLP. Easter alleges that, by funding and administering a federal program through an organization that discriminates based on sexual orientation, HHS has enabled discrimination and violated the Constitution.

“HHS is committed to protecting the rights of LGBTQ individuals and ensuring access to our programs and services,” the Administration for Children and Families within HHS, which runs the program, tells TIME when asked for comment. “As with any lawsuit filed naming the federal government, we will respond in the time and manner the court may stipulate.”

The issue lies in the flow of money: HHS awards grants to numerous partners, including the U.S. Conference of Catholic Bishops (USCCB), to run the Unaccompanied Children Program. USCCB directs that grant money to Bethany’s office in East Nashville to administer the program in the area. And USCCB’s contract limits what types of families Bethany can certify based on sexual orientation or gender identity. (A USCCB spokesperson tells TIME that they are aware of the lawsuit but declined to comment.)

Conscious of this contractual limitation, Bethany opened a second office in Tennessee in May, which would administer the unaccompanied child program through a contract with the Lutheran Immigration and Refugee Service (LIRS)—which places no restrictions on LGBTQ people.

“Bethany Christian Services is committed to welcoming and serving all individuals and families,” a Bethany spokesperson tells TIME in an Oct. 17 statement. “We invite anyone who is interested in providing children with a safe, loving home to contact us and begin the licensing process today.”

Easter says she was told to apply to the new office instead, which is a 30 minute drive from her home. Per her complaint, a foster child would have to visit that office twice a day on weekdays to receive education—requiring two hours of daily driving that Easter’s work could not accommodate. In her complaint, Easter argues that by not being allowed to apply to the East Nashville office, she’s effectively been excluded from participating in the program entirely.

The role of religion in foster care services was a key element of last year’s Supreme Court case Fulton v. City of Philadelphia, in which the high court unanimously ruled that Philadelphia could not refuse to work with a Catholic agency because it would not certify same-sex couples as foster parents.

While advocates had worried the case could strike a major blow to LGBTQ rights, the court‘s ruling was relatively narrow, focusing on the specifics of Philadelphia’s contract with the agency, Catholic Social Services (CSS). The court punted on larger questions raised in oral arguments, such as whether religious organizations are exempt from generally applicable non-discrimination requirements.

Loewy argues Easter’s lawsuit centers on different legal claims than in Fulton: The Establishment Clause of the First Amendment and the Equal Protection Clause guaranteed in the Fifth Amendment. And unlike in Fulton, Loewy says, an LGBTQ person was actually turned away in Easter’s case. “There’s actually harm here in two directions,” she says. The harm to Easter, and the “harm to the kids in the government’s custody.”

“I was raised Southern Baptist. I identify as a Christian. I completely respect religious freedom,” Easter says. “I just think that when it comes to government being involved in funding a program, and now my government is telling me that I am not worthy of taking care of a child simply because I’m gay, that is where the line gets crossed for me.”

“I had a home ready for a kid to have a safe place to be,” she continues. “A warm bed. Good food. A nice, loving, supportive home. And a kid out there was denied that.” 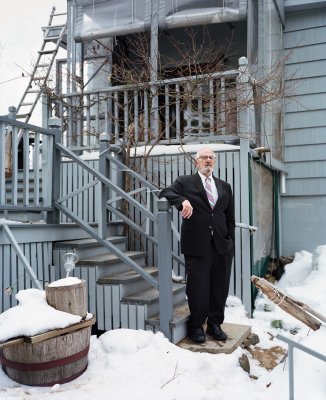