The 'Great Resignation' Is Finally Getting Companies to Take Burnout Seriously. Is It Enough?

Toward the end of last year, Anthony Klotz, a professor of business administration at Texas A&M University who studies workplace resignations, realized that a lot of people were about to quit their jobs.

A record 42.1 million Americans quit a job in 2019, according to U.S. Bureau of Labor Statistics data, but that rate dropped off during the pandemic-addled year of 2020. As 2021 approached, bringing with it the promise of effective vaccines and a return to semi-normal life, Klotz guessed that two things would happen. First, many of the people who wanted to quit in 2020 but held off due to fear or uncertainty would finally feel secure enough to do so. And second, pandemic-era epiphanies, exhaustion and burnout would drive a whole new cohort of people to quit their jobs. In a moment of inspiration, Klotz predicted that a “Great Resignation” was coming.

It’s safe to say it’s here. Every month from April to August 2021, at least 2.5% of the American workforce quit their jobs. In August alone, more than 4.2 million people handed in their two weeks’ notice, according to federal statistics. So far, 2021 quit levels are about 10% to 15% higher than they were in record-setting 2019, by Klotz’s calculations.

Read more: Why Literally Millions of Americans Are Quitting Their Jobs

Companies are clearly taking notice, particularly given the staffing shortages that are hamstringing many customer-facing industries and slowing the supply chain. “Just keeping people from quitting is not necessarily a good business strategy,” Klotz says. Increasingly, businesses are trying something more ambitious: actually making their workers happy.

For many, that means targeting burnout, a cocktail of work-related stress, exhaustion, cynicism and negativity that is surging during the pandemic. Forty-two percent of U.S. women and 35% of U.S. men said they feel burned out often or almost always in 2021, according to a recent McKinsey & Co. report.

For a long time, burnout was seen as the worker’s problem—something they needed to fix with self-care and yoga and sleep if they were going to make it in the rat race of life. There are dozens of studies and even more articles focused on curing burnout from the employee perspective. Mindfulness and meditation can help. Finding social support can help. Tailoring your job to align with your interests and values can help. But according to Christina Maslach, a social psychologist who is the U.S.’ preeminent burnout expert and co-creator of the most commonly used tool for assessing worker burnout, none of these strategies will ever be successful if they place all the onus on the worker. “Nobody is really pointing to the problem, which is that chronic job stresses have not been well managed” by employers, she says.

Now, with so many people turning in resignation letters, businesses are starting to get with the program. “There’s mass attrition and it’s very expensive for employers to keep up with the amount of people who are leaving,” says workplace well-being expert Jennifer Moss, author of the recent book The Burnout Epidemic. “Because it’s now a bottom-line issue, more organizations are jumping on board.”

For example: tech companies including Bumble, LinkedIn and Hootsuite closed for a week this year to give people a break and combat burnout. Fidelity Investments is piloting a program in which some employees work 30 hours a week, taking a small pay cut but keeping their full benefits. Highwire public relations, which has offices in several major U.S. cities, aimed to eliminate 30% of its meetings to give employees ample time away from Zoom, ideally translating to shorter and more efficient work days. Other employers have implemented programs meant to foster empathy, in hopes of making employees feel appreciated.

But as with so many corporate initiatives—and it’s worth noting that these are mostly geared towards office-based workers, though burnout certainly exists among blue-collar workers, too—it’s hard not to feel at least a little skeptical. Can canceling a few Zoom meetings and giving people an extra week of vacation really cure a bone-deep malaise?

At its core, burnout is what happens when “chronic job stressors have not been well managed,” Maslach explains. But it’s more complicated than simply feeling stressed-out or overextended. Someone suffering from burnout also has a “negative, hostile, cynical, ‘take-this-job-and-shove-it’ kind of attitude” and negative feelings about their own work and choices, Maslach says. A lawyer who becomes disillusioned with her career and begins to question why she ever went to law school at all might qualify, whereas a psychiatrist who loves but is exhausted by her job probably wouldn’t.

Importantly, burnout is not a medical diagnosis or a mental health condition—instead, the World Health Organization classifies it as an “occupational phenomenon.” But studies show that it can overlap with physical and mental health issues, including depression, insomnia, gastrointestinal problems and headaches. It can even be a predictor of chronic diseases including heart disease and type 2 diabetes, research shows.

Burnout is particularly common (and well-studied) among medical professionals. As of September 2020, 76% of U.S. health care workers reported exhaustion and burnout, according to the National Institute for Health Care Management Foundation (NIHCM). Even before the pandemic, between 35% and 54% of U.S. doctors and nurses reported symptoms of burnout, NIHCM says. But any person, in any profession, can experience burnout, and right now, people are reporting it in droves.

Work stress didn’t magically appear for the first time during the pandemic, but “there wasn’t this huge other factor looming above everyone’s head” before COVID-19 hit, says Malissa Clark, who studies employee well-being at the University of Georgia. Uncertainty can feed into burnout, she says, as can blurring the boundaries between work and home life or struggling to parent and homeschool children on top of working. In other words, the pandemic has been a “perfect storm” for burnout.

For some people in a position to do so, the answer to that problem has been to quit. In a pre-pandemic Deloitte study on burnout, 42% of U.S. respondents said they had left a job specifically because of burnout—which means organizations have a clear motivation to finally take the problem seriously.

There’s no one-size-fits-all burnout cure, but Maslach’s research suggests there are six key areas on which businesses should focus:

To figure out where to start, companies should ask their employees, Maslach says. Bosses often can’t see problems that exist under their noses, and they never will if they don’t ask. In a 2020 survey from PwC, 81% of surveyed executives said their company had successfully expanded childcare benefits during the pandemic, but only 45% of office workers (who did not necessarily work under the surveyed executives) said their company had done enough to support working parents. Executives were also far more likely to say their companies were supporting their employees’ mental health than were lower-level employees.

Boston-based sales and marketing company HubSpot took on an anti-burnout initiative this year, in part because quarterly employee surveys began to show that the ongoing “ambiguity and uncertainty” of the pandemic were getting to people in a major way, says chief people officer Katie Burke. The company announced an annual “week of rest” for the entire staff, so that everyone could take a break without coming back to a mountain of emails; eliminated internal meetings on Fridays; offered trainings for managers who want to better support their teams; and offered resilience workshops to all staff members.

On a systemic level, Burke says the company is “taking a look at the things that cause the most stress for people” and trying to develop solutions, like standardizing workloads year round (rather than having busy versus light seasons), automating certain tasks, pushing back deadlines on non-urgent products and helping people figure out how much they can feasibly accomplish in a given timeframe. “We are seeing [the results] in how happy and engaged our employees are, and honestly, just in the anecdotal feedback we’re hearing from people,” Burke says.

But even that effort, which is fairly ambitious relative to other workplaces, hasn’t been enough for everyone. Writing on Blind, an anonymous messaging app for people who work in the tech industry, one unnamed HubSpot employee called the week of rest “a hollow gesture without addressing the root cause of burnout in the company.” On LinkedIn, other commenters called it “a Band-Aid.”

Maslach agrees that time off alone can’t fix the problem. “If the best thing you can do for your employees is to tell them not to come to work,” she says, “what is wrong with the work?”

A better way to ensure lasting change, in Moss’ opinion, is for managers to ask their employees three questions every week: “How are you?” “What are the highs and lows of this week?” And, “What can I do to make next week easier?”

If bosses consistently ask those questions and actually work to solve the problems that come to light, Moss says it would go a long way. Most people don’t want “a million dollars,” she says. “It’s probably going to be, ‘Can we delegate some of this work or push this deadline off’…or, ‘I want permission to not have a full day of Zoom meetings next week.’”

For people who work in jobs that typically are less flexible, like food service or retail, managers could ask for input about how schedules are made and communicated, or make it easier for people to ask for time off, Klotz says. Even something as simple as allowing people to choose when they take their breaks can make a difference.

Of course, there are limits to how much an individual manager can do, particularly if their organization refuses to hire enough people or pay their existing employees fairly. (Some workers are tackling such systemic problems by unionizing or going on strike.) In the end, Moss says, the changes have to come from the top down and permeate every aspect of workplace culture.

If and until that happens, Maslach says quitting will sometimes be the best option, at least for people who can afford to do so. There’s no guarantee that the next job will be better, nor that an individual’s relationship to work will change with a new position. But if a company isn’t willing to actually solve the burnout problem at its source, Maslach says employees can’t be expected to muscle through.

For those who can’t or don’t want to quit, though, the Great Resignation may hold promise of another sort. Actually getting managers to listen to and solve problems might seem like a pipe dream, but Klotz says this is a perfect time for employees to test their bosses’ limits, given growing anxiety about the number of people who are resigning. If you lay your cards on the table and ask for what you want—different hours, fewer meetings, shifted responsibilities—you may end up in a better situation without going through the disruptive process of leaving and finding a new job, he says.

“Why not use the leverage you have,” he says, “to turn the job you have into the job you want?”

SHARE THIS STORY
Each product we feature has been independently selected and reviewed by our editorial team. If you make a purchase using the links included, we may earn commission.
Read More From TIME
You May Also Like
Read Next 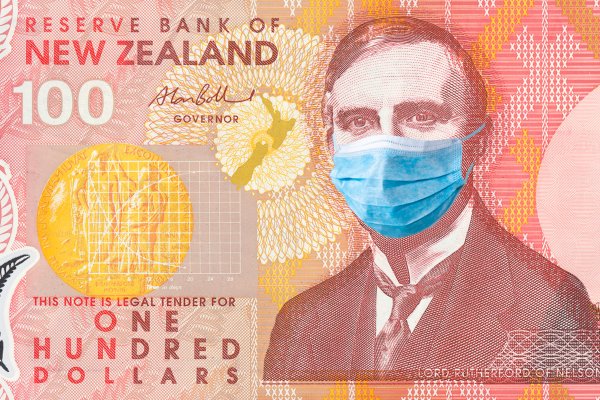 Delta Variant Is Forcing New Zealand To Shift Strategies
Next Up: Editor's Pick