Apple TV+’s Beautiful, Frustrating Foundation Is the Latest Example of the Problem With Genre TV

How can the doomed societies of the present help the societies of the future flourish? This is the central question of Foundation, the gorgeous, expensive, potential-packed but initially quite confusing Apple TV+ sci-fi series based on Isaac Asimov’s classic novels. The answer is more complicated than it might seem, even in our age of all-digital-everything, when you start looking farther ahead than a few generations or centuries. Just ask the scientists tasked with warning civilizations thousands of years in the future, which may not understand any of the world’s current languages, about radioactive waste that will still pose a threat in their time.

As daunting as it is, this problem pales in comparison to the one facing the futuristic Galactic Empire in Foundation, whose 10-episode first season premieres on Sept. 24. A 12,000-year-old civilization spanning a galaxy’s worth of planets with a combined human population in the trillions, the Empire has enjoyed a long period of peace. This triumph has been attributed to the consistency with which the realm has been ruled during that era—by the Cleons, a dynasty of clone emperors. At any given time, three genetically identical versions of the leader preside over the capital planet, Trantor: a child called Brother Dawn (Cooper Carter as a boy and Cassian Bilton as a teen), a man in the prime of his life (Lee Pace, bringing suaveness and hubris as Brother Day) and the white-haired sage Brother Dusk (Terrence Mann, on a sci-fi roll post-Sense8). You can imagine their shock when a brilliant mathematician, Dr. Hari Seldon (the great Jared Harris, who anchored Chernobyl and grounded Mad Men), whose nascent science of psychohistory can reliably predict the behavior of masses of people, forecasts the Empire’s destruction within five centuries. What follows, according to his calculations, might well be 30,000 years of darkness.

While the fall is inevitable, the professor offers a small consolation: he knows how to cut the Dark Ages down to a single millennium. If the Cleons, who are inclined to execute Hari and his freshly arrived young acolyte Gaal Dornick (Lou Llobell) for sowing panic, instead allow them to lead a generations-long project to archive the Empire’s collective knowledge, future civilizations won’t have to lose time literally reinventing the wheel. Brother Day approves the plan (in Roman terms, while he’s no Marcus Aurelius, neither is he Nero) but sends Hari, Gaal and their team hurtling towards the most remote planet in the galaxy to execute it. Destination: Terminus.

Although the Empire’s leadership is more bureaucratic and less, er, genetically decadent in Asimov’s telling, the summary above roughly parallels “The Psychohistorians,” the first of five short stories compiled and published as the inaugural Foundation novel. It’s a clear, exciting narrative—the tale of backwater-math-prodigy Gaal’s arrival in the planet-sized metropolis that is Trantor on the eve of Hari’s exile—told in the author’s notoriously unadorned prose. A close adaptation of the story could’ve had all the ingredients of an enthralling series premiere.

Sadly, that is not the way genre television gets translated from page to screen in 2021. Instead, Apple’s Foundation patches together a dizzying number of characters, ideas and threads of backstory from throughout Asimov’s books, plus plenty of new additions from executive producer and showrunner David S. Goyer (Batman Begins), to create a frustratingly convoluted opening hour. Along with Hari introducing the still-disoriented Gaal to the magical world of psychohistory, we find the Cleon triad sniffing out traitors from rogue worlds after a terrorist bombing kills millions. Then there are the flash-forwards to Terminus decades in the future, where we meet an entirely different cast of characters led by the young warden Salvor Hardin (Leah Harvey) and where an ominous monolith of unknown origin hangs in the sky surrounded by a forcefield that immobilizes anyone who approaches the object. (Does a show even qualify as a genre epic anymore if there aren’t multiple timelines introduced in the very first episode?)

This would be a lot of information for Asimov newcomers to process even if the scripts weren’t also dense with tidbits of exposition, worldbuilding and high-level concepts both scientific and philosophical. Like most recent genre adaptations—Y: The Last Man, The Witcher, Shadow and Bone—Foundation greets existing fans of the franchise with a smorgasbord of familiar characters and settings. That’s nice for a cohort of viewers that’s sure to be outspoken with its feedback, but it does a disservice to anyone who’s unwilling to do hours of homework just to follow the plot of a TV show. In the aftermath of Game of Thrones (which had a remarkably focused pilot), and especially since Disney+ introduced its Marvel and Star Wars series, TV’s genre adaptations have felt more like supplemental material than like standalone narratives.

Indeed, for the uninitiated, early episodes of Foundation can be a chore to get through, let alone understand. (Be prepared to replay scenes in order to catch snatches of rushed, whispery or conceptually opaque dialogue.) Which is a particular shame considering how beautiful every single frame looks. From the watery, light-streaked expanse of Gaal’s home planet Synnax to the mountainous vistas of Terminus to Trantor, where Blade Runner’s urban futurism meets the majesty of classical architecture, Foundation is among the most visually stunning TV shows ever made. Whereas most contemporary franchise fare uses digital backdrops to the blandest possible ends, Goyer harnesses technology to make great, big, emotional landscape paintings.

The storytelling improves markedly beginning in the fourth episode, as the timeline-hopping slows and segments that follow individual characters stretch to 15 or 20 minutes. Instead of getting mired in basic questions about who’s who and what’s happening in the plot, we can finally enjoy the thematic elements that distinguish Asimov’s writing from lesser sci-fi fare—potent ideas about politics and science, philosophy and theology. Only at this point does it really become possible to appreciate how effectively Goyer updates the author’s vision of the future. While almost all of the book’s key figures are men, Apple’s Foundation reimagines Gaal and Salvor as women of color—and justifies these choices by casting actors who fully embody their smart, tough characters, instead of congratulating itself by explicitly drawing attention to their identities.

While its efforts to inject pay-TV-sized servings of sex and romance into Asimov’s famously chaste oeuvre don’t work out quite as well, on balance, the show we get in the back half of the season makes a strong case for his continued relevance. His evocation of a civilization forced to confront its decline and eventual demise captures the creeping gloom of life in our climate-imperiled world—and his plea for long-term thinking in service of humankind’s future resonates. We shouldn’t have to sit through hours of TV that makes our heads spin to get to stuff like this, that entertains and challenges us. But in this case, the patience does pay off. 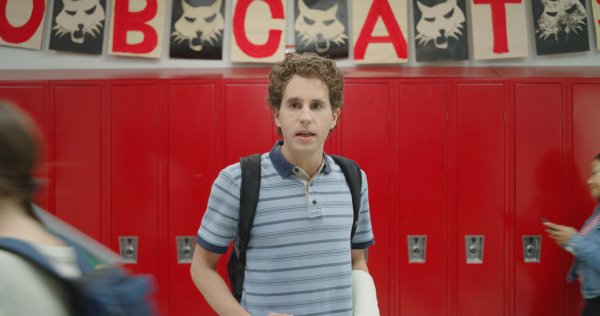 Why So Many Movie Musical Adaptations Just Don't Work
Next Up: Editor's Pick