FX’s Epic Y: The Last Man Adaptation Gets Off to a Shaky But Intriguing Start

A woman needs a man like a fish needs a bicycle. So goes the old feminist slogan, coined by Irina Dunn and popularized by Gloria Steinem. But, as FX’s adaptation of the cult-hit Y: The Last Man comics so vividly illustrates, that doesn’t mean life on Earth would continue as normal if every mammal with a Y chromosome suddenly dropped dead. On the contrary: within seconds, planes would crash, pileups would block roads, most nations would be leaderless. Power plants and other essential utilities would be dangerously understaffed. Supply chains would break down. Corpses would be absolutely everywhere. Just about every fish on the planet would be forced to confront the cataclysm while mourning at least one beloved bicycle.

All of these harrowing events are set in motion in the series premiere of Y, which comes to FX on Hulu (along with episodes 2 and 3) on Sept. 13. Like the many other post-apocalyptic TV dramas that have aired in the past several, increasingly apocalyptic years, from The Walking Dead to The Leftovers to Snowpiercer, the show combines sci-fi spectacle, cutthroat survivalism and a portrait of collective grief with an implicit critique of the way we live now. Where it distinguishes itself from predecessors, in the six flawed but steadily improving episodes provided for review, is in its focus on the fraught, delicate topics of gender and genetic sex. What might a society composed exclusively of X chromosomes look like? And what might that society have in store for the one cisgender man—and his male pet monkey, Ampersand—left standing?

It kind of figures that, aside from being leading-man-handsome, said XY survivor isn’t a remarkable specimen. When we meet 27-year-old novice escape artist Yorick Brown (Ben Schnetzer of Goat), shortly before the male extinction event, he’s eking out a living in New York City teaching magic to rich kids and trying to lock down his longtime love, Beth (Juliana Canfield from Succession). Aimless though he is, Yorick at least has a better attitude than his cynical, self-destructive sister Hero (Olivia Thirlby, recently seen in The L Word: Generation Q). She’s also estranged from the one member of their family who has proven to be exceptional—their mother, Congresswoman Jennifer Brown (the great Diane Lane, playing a high-glam Nancy Pelosi), an influential Democrat struggling to make her mark amid a Republican administration.

When the male-ocalypse hits, the President of the United States is among the billions to start bleeding profusely from the mouth and then, almost instantly, perish. As the first wave of chaos subsides, it becomes apparent that Jennifer is the highest-ranking survivor in the line of succession. In some of the most captivating scenes of the early episodes, we watch her loyal, bipartisan coalition of women work day and night to save a scared, starving country where almost all forms of transportation have ground to a halt, mass communication is a thing of the past and cities like Boston and New York have devolved into wastelands. By President Brown’s side is the show’s most mysterious and fascinating character, a versatile black-ops genius known as Agent 355 (Ashley Romans of NOS4A2 and Shameless, excellent) who, for reasons she never learned, was assigned to protect the former POTUS on the same day that he died.

It’s 355 who manages to reunite Yorick with a mother who is, by all appearances, shocked to learn that he survived. But his presence isn’t exactly convenient for the President. While conspiracy theorists amass at the gates of the government’s live-in headquarters, convinced that Jennifer knows something about what happened that she isn’t telling, there are rumblings among right-wing women on the inside that an all-XX world is, in fact, the future liberals want.

One promising early antagonist is the late President’s unctuous daughter, Kimberly, played marvelously against type by Amber Tamblyn. As the mother of three young sons and Establishment-Republican royalty, she’s staked out territory in the culture wars as a “boy mom” whose books argue that cancel culture is “teaching our boys to be afraid to become men.” Now that her career has been suddenly mooted, her own mother has sunk into a depression and she’s all but delirious with grief, Kimberly is agitating for influence in the Brown administration. Unsurprisingly, she believes the first priority for the new regime should be to salvage the sperm banks and start cranking out new dudes. “Without men, there is no future,” she insists. “I hear you,” says Jennifer, dismissively. “But we’re just trying to survive the present.”

That the present is one giant, endlessly complicated global mess of unprecedented proportions doesn’t just present an all-consuming problem for the show’s characters; it’s also the defining problem for the show’s writers, led by executive producer and showrunner Eliza Clark (Animal Kingdom). In conjuring a world where everything changed in a matter of minutes, it must be hard to decide where to direct the viewer’s gaze, and even harder to determine which aspects of post-apocalyptic life can wait to be explored later. Too many time jumps in the first two episodes leave too many blanks to fill in about society’s collapse. I had trouble finding a foothold, at first, in this murky American landscape. It’s not always clear what is meant to be a mystery (though the cause of the die-off certainly falls into this category) or a coincidence and what is a plot hole.

Clark and her team also faced a unique challenge in bringing the original story’s gender politics up to date. Brian K. Vaughan and Pia Guerra’s Y: The Last Man comic debuted in 2002—which, from a current vantage point, was still essentially the Dark Ages when it came to pop culture’s understanding of and sensitivity to transgender identities. “We are making a show that affirms that trans women are women, trans men are men, non-binary people are non-binary,” Clark has said, and that’s accurate. Along with adding a transgender male character, Hero’s best friend Sam (played by a trans actor, The Fosters and Shameless alum Elliot Fletcher), the series repeatedly acknowledges that, its title notwithstanding, the end of XY genotypes is not the end of men. We watch Sam become an object of both desire and distrust in all-female spaces. A geneticist character, Alison Mann (Diana Bang), delivers an entertaining rant about how, thanks to androgen insensitivity syndrome and other conditions, even biological sex isn’t a strict binary.

Brilliant but tormented by her knowledge of future crises that XY extinction has made all but inevitable, not to mention deeply suspicious of the government and corporations, Alison is one of several strong characters who only show up midway through the season. Elsewhere, far-right politicians flirt with a constitutional crisis. (If only these characters didn’t speak to each other in the mustache-twirling tones of cartoon villains.) And a C-plot that I’d written off as gratuitous and, frankly, boring heats up with the emergence of a ragtag misandrist community—whose leader is played by a chilling Missi Pyle—that occupies an abandoned big-box store.

It’s only at this point, five or six episodes in, that Y begins to counterbalance all the necessary, if needlessly plodding, exposition and world-building with more stimulating explorations of character and themes both gender-related and not. As President, how do you allocate extremely limited resources in an ongoing emergency? Is it more important to bury the dead or to feed the living or to preserve the most crucial artifacts of human civilization or to investigate what actually happened to kill off all the XY creatures? What would it be like to start your day as a person of maximum privilege—a straight, white, American man with a congresswoman for a mother—and end it as the world’s smallest, most vulnerable minority? What would an XX-only Earth look like? Would a planet governed and populated solely by fish be any better off, in the immediate aftermath of a plague or in the long run, than one where bicycles hold almost all of the power?

These are questions intriguing enough to power TV’s next big sci-fi epic—or even a franchise in the vein of The Walking Dead, though hopefully one more substantive and less repetitive than that intellectual-property behemoth has become. (And if the recent greenlighting of two new Murphy-verse anthologies, American Love Story and American Sports Story, is any indication, Disney-era FX is in the market for franchises.) Y: The Last Man improves so much over the course of its first six episodes that its potential feels limitless. If audiences can weather its apocalypse, the show might well become something special by the time rebuilding commences. 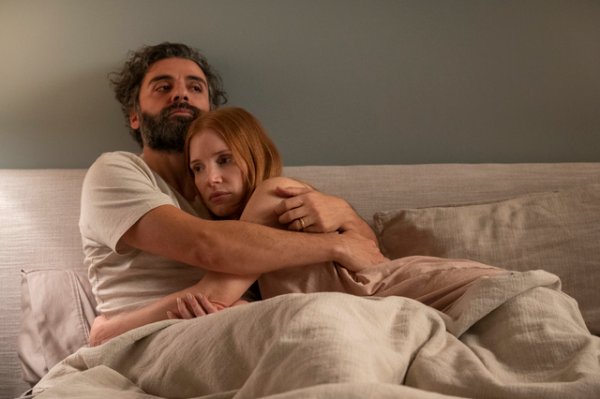 HBO's Scenes From a Marriage Remake Is Trying to Break Your Heart, All Over Again
Next Up: Editor's Pick