HBO's Scenes From a Marriage Remake Is Trying to Break Your Heart, All Over Again

Ingmar Bergman’s Scenes From a Marriage is a dance between emotional realism and theatrical artifice. The 1973 miniseries, which aired on Swedish TV and screened internationally in an abridged feature cut, traces a tumultuous decade in the life of an upper-middle-class couple, played by Liv Ullman and Erland Josephson. Working with a miniscule budget, Bergman didn’t even attempt an immersive mise-en-scène; his talky vignettes play out in sparsely furnished spaces that evoke stage sets more than real rooms. Yet the minimal backdrops throw the performances—especially that of Ullman, whose life-altering relationship with Bergman helped inspire the project—into relief. Liberated from cinematic naturalism, the characters’ intimate, impassioned exchanges achieve the heart-rending immediacy of live theater.

HBO’s Scenes From a Marriage, a contemporary, American remake that premieres on Sept. 12, nods to this illusion-puncturing aesthetic. Most episodes open with one of the two leads, Oscar Isaac and Jessica Chastain, walking onto the set, surrounded by crew members whose face coverings date the production to the COVID era. We see that the house where the central characters, Jonathan and Mira, live, and where the vast majority of the action takes place, is on a soundstage. It’s as if writer-director Hagai Levi (In Treatment, The Affair) is challenging himself to so deeply engage viewers in this couple’s crisis that we forget what he’s just told us about its artifice. This gambit, like the series as a whole, neither fully succeeds nor totally fails.

When we meet Jonathan and Mira, they’re sitting for an interview about their ostensibly happy decade of marriage, with a PhD student (Sunita Mani of GLOW) from the college where Jonathan teaches philosophy. “I’m looking at how evolving gender norms affect monogamous marriages,” the young woman explains. It’s a clever, if unsubtle, way of introducing what constitutes a loosely gender-swapped version of Bergman’s Scenes. While Ullman’s family-lawyer character pulled a second shift of housework and childcare, Chastain’s tech executive might as well live at the office. The male half of the couple is an academic in both incarnations, but where Josephson’s arrogant, ambitious character spent his off-hours out of the house, Isaac’s introverted professor does the bulk of the domestic labor. (Does this constitute a commentary on the declining cachet of a career in academia? It’s possible!) Jonathan’s identity is inextricably linked to home and family; Mira’s revolves around her work outside that sphere.

His disproportionate investment in their marriage creates an imbalance, and Scenes is the story of how that power pendulum, once put into motion, keeps swinging between the spouses for years. Levi seamlessly modernizes the scenario, inserting iPhones and Airbnb, startup bros and Morning Pages in clever places. He’s at his best when straying farthest and most confidently from Bergman’s outline. The choice to cut the second, weakest episode of the six-part original, paring the HBO version down to five hours, is a good one. Also inspired is Levi’s characterization of Jonathan as a lapsed Orthodox Jew, whose religious upbringing can be both an obstacle and a comfort to him. (Why, though, is Mira’s background left almost entirely blank?)

From left: Oscar Isaac, Jessica Chastain and Sunita Mani in 'Scenes From a Marriage'
Jojo Whilden/HBO

Levi occasionally raises timely, even provocative questions. At one point, Mira starts a physical altercation with Jonathan; after she’s been pummeling him for a good long while, he hits back. Despite all the talking we’ve done recently, as a culture, about intimate partner violence and abuse, situations as dangerously messy this one—spontaneous fights, fights between separated partners, fights initiated by the woman in a heterosexual couple—have become rare onscreen. Most current TV creators prefer their moral dilemmas either cut-and-dried or so complex, they take several episodes’ worth of agonizing conversations to unravel. Instead of being strident or prescriptive or obvious, Scenes declines hand-holding duties as the audience processes its discomfort.

But because the series repurposes so much from Bergman, it would be impossible not to measure it against the original and find the new version somewhat lacking. The performances, as crucial here as they would be in a Shakespeare adaptation, are solid. Isaac has played a lot of hubristic jerks, in movies like Ex Machina and Inside Llewyn Davis; he would’ve been a lock for a character more like Josephson’s, yet here he radiates a softness that stops short of undermining his masculine demeanor. Chastain isn’t quite as consistent, but her sporadic stiltedness underscores how Mira is always performing her self-sufficiency and competence. Still, neither star comes close to equaling Ullman’s symphony of loud, quiet and silent emotion.

Even more conspicuously absent is the social context of Bergman’s Scenes. Aired as the movement known in the U.S. as second-wave feminism was sweeping the West, it barely mentioned politics as such. But its story arc—a formerly repressed woman finds independence just as her once-overconfident husband is realizing the limits of his autonomy—resonated with viewers the world over. At that particular moment in history, against backdrops so generic they could be anyone’s home, Ullman’s and Josephson’s characters became archetypes. So influential was the miniseries in Sweden that it’s said to have caused a spike in the divorce rate.

Nearly half a century later, the zeitgeist isn’t exactly working in favor of HBO’s Scenes. For one thing, a pandemic, an unprecedentedly conservative Supreme Court, ongoing economic calamity and a summer of extreme weather events tied to global warming can make it hard to care too much about the emotional vicissitudes of a bourgeois marriage. Divorce is hardly as exotic in 2021 as it was in 1973. And while there are certainly couples that resemble Levi’s characters these days, it’s not like men are suddenly shaking off a millennia-old history of oppression at the hands of women. Mira is just Mira; Jonathan is just Jonathan.

That’s hard to overlook when we’ve seen so many fresher depictions, over the past few years, of couples trapped in personal hells, from Noah Baumbach’s openly Bergman-indebted Marriage Story to Lena Waithe and Aziz Ansari’s lesbian saga Master of None: Moments in Love to Sally Rooney’s novel turned miniseries Normal People. If both the original Scenes From a Marriage and Levi’s remake had been actual stage plays, the new version might have made for a perfectly satisfying revival. Instead, it’s a better-than-average TV show adapted from a masterpiece that you can still watch in the comfort of your all-too-delicately constructed home. 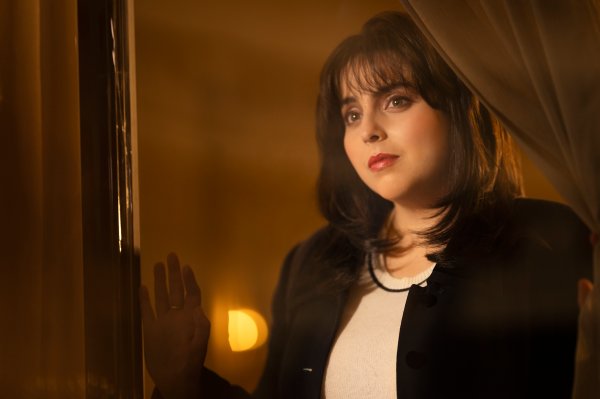 Impeachment: American Crime Story Frames the Clinton Scandal as a Case of Women Sabotaging Women. Is That Really So Revolutionary?
Next Up: Editor's Pick