The Delta Variant Increases Your Chances of Being Hospitalized With COVID-19, Study Finds

It’s clear that the Delta variant is more contagious than previous COVID-19 strains, as evidenced by the soaring case counts in the U.S. and around the world. But the big question has been whether it causes more severe disease than earlier versions of the virus that causes COVID-19.

A peer-reviewed study published Friday in The Lancet Infectious Diseases suggests it can. According to the paper, people in England who got infected with the Delta variant were more likely to be hospitalized than those who got infected with the Alpha variant. The vast majority of the more than 43,000 COVID-positive people in the study were either unvaccinated or partially vaccinated.

Relatively few of those 43,000 individuals—about one in 50, overall—were admitted to the hospital within two weeks of their first positive test, but infection with the Delta variant seemed to roughly double their chances after accounting for age and other risk factors. That finding tracks with previous research completed in Scotland and published in The Lancet in June.

Infection with the Delta variant also raised someone’s chances of seeking emergency care, even if they were not ultimately admitted to the hospital, according to the new study. A little more than 4% of people who tested positive for the Alpha variant were admitted to the hospital or sought care in the emergency department within two weeks of their first positive test, compared to almost 6% of those infected by the Delta strain.

The study analyzed U.K. hospital data from late March through late May 2021. In March, infections from the Alpha variant, which first emerged in the U.K. last year, outnumbered Delta cases. During the weeks at the end of the study period, the opposite was true.

The study had a few limitations. The authors didn’t have access to data on underlying conditions, which are a known risk factor for more severe cases of COVID-19; they did, however, analyze patients’ ages, genders, ethnicities, socioeconomic statuses and travel histories. It’s also hard to control for personal factors that might make someone more or less likely to seek health care, such as individual risk tolerance or cultural norms. And, though the researchers tried to analyze only people who came to the hospital because of COVID-19, it’s possible that a small number of individuals were admitted for another reason and happened to test positive during routine screening.

Finally, less than 2% of people in the study were fully vaccinated—a sample size too small to assess whether Delta also raises hospitalization risk among vaccinated people, the researchers wrote. If anything, that underscores the benefits of vaccination: so few immunized people tested positive for the virus, they barely showed up in the study population.

Already in the U.S., Delta seems to be changing some people’s views of the pandemic. It has led to sobering spikes in pediatric hospitalizations—a wakeup call for many parents—and prompted some lawmakers to reimplement indoor mask mandates. It also seems to be inspiring people to get vaccinated in areas where it is spreading most.

By illustrating how risky Delta can be to unvaccinated populations, the new research may keep that momentum going. 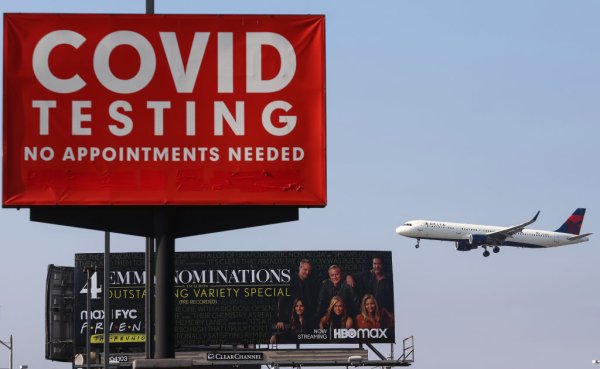