As President Joe Biden’s Aug. 31 deadline to leave Afghanistan neared, the Abbey Gate entrance to the Hamid Karzai International Airport in Kabul took on near-mythic status among Afghans and U.S. citizens trying to flee the country amid a crackdown by the newly victorious Taliban. For days, large crowds gathered at all hours to push themselves and their families toward the dun-colored gap in the blast walls, waving their papers and trying to get onto the airport grounds. Some waded through a sewage laden canal to make it to the gate, desperately pursuing the promise of escape.

On Aug. 26 that promise turned to tragedy. At around 5 pm Kabul time, an explosion rocked Abbey Gate. The suicide bombing killed 13 U.S. service members, injured 18 Americans and killed at least 60 Afghans. In a video of the carnage shared with TIME, bloodied bomb victims lay still among water bottles and backpacks crammed with the possessions grabbed for the exodus from Kabul. A man wearing an Afghan national soccer team shirt floated in the canal that runs along the road to the gate, next to the small body of a boy, both heads submerged.

The attack marked the most gruesome and ignominious moment yet in the endgame of America’s 20-year war in Afghanistan. For the Afghans who had come to the gate despite warnings of a possible attack by the regional branch of Islamic State, a sworn enemy of the Taliban, the massacre suggested that bloodshed would continue in the country after the U.S. military exit. Americans faced their own possible threat. No American service members had died in Afghanistan since early 2020, and the deaths of more than a dozen raised the possibility that instability and danger might once again emanate from the country, two decades after the U.S. went in to rid it of transnational terrorism.

The fallout from the attack has the potential to define Biden’s presidency. Biden staked his credibility on making the hard choice to get the U.S. out of Afghanistan, knowing the exit could be chaotic and fraught. He pushed forward, wanting to close America’s longest war, despite warnings from Washington’s foreign policy establishment that without the U.S. on the ground in Afghanistan, terror threats could reemerge there. With the worst-case scenario unfolding on Thursday and scores of people losing their lives, Biden himself accepted responsibility. Appearing in the East Room of the White House that evening, Biden bowed his head in a moment of silence, looking distraught. “I bear responsibility for, fundamentally, all that’s happened of late,” he said.

Biden blamed ISIS-K, as the local terrorist affiliate is known, for the bombing, saying he’s been in regular contact with military commanders in Afghanistan and Doha and that U.S. intelligence officers had leads on the individuals who carried out the attack. The president swore to bring justice to the attackers. But the fact that U.S. officials believe the attack was carried out by a branch of the bloody extremist group that once controlled large swaths of Northern Iraq and Syria highlights the dangers emerging in Afghanistan. And with Biden warning that more ISIS-K attacks may be on the way, the threat to U.S. troops, American citizens and other foreigners, and most of all Afghans themselves, may only grow as the two-decade war comes to a discordant close this month.

‘ISIS is not going to stop carrying out violence’

Biden was in the cramped Situation Room in the basement of the West Wing getting briefed by his national security team on the evolving situation in Afghanistan when he first heard about the attack at the Kabul airport. He quickly headed for the Oval Office, where he would remain for the bulk of the day, scrambling his schedule to respond to the bombing. Just as Biden was supposed to start his inaugural meeting with Israeli Prime Minister Naftali Bennett, the Pentagon announced that the explosion at Abbey Gate had resulted in “a number of U.S. and civilian casualties.” (In the initial confusion following the attack, the Pentagon incorrectly reported there had been a second bombing at a nearby hotel.) The meeting with Israel’s Prime Minister was scrapped and rescheduled for Friday. A virtual meeting with governors about welcoming Afghan refugees was cancelled entirely as Biden spent the afternoon discussing the U.S. response with Secretary of State Antony Blinken, National Security Advisor Jake Sullivan, Defense Secretary Lloyd Austin and the commanders on the ground.

Thursday’s deadly explosion followed days of public and private briefings by Biden and some of those same advisors, who had cast the rushed evacuation as well-managed, unprecedented in scale and under control. On Aug. 20, Biden called the evacuation “one of the largest, most difficult airlifts in history” and said the U.S. is “the only country in the world capable of projecting this much power on the far side of the world with this degree of precision.” On Aug. 23, Sullivan told reporters that the transit centers in countries like Qatar were experiencing overcrowding and unsanitary conditions because the evacuation effort was “exceeding even our optimistic expectations in terms of the number of folks who could get out” and “actually over-performing.” On Aug. 25, the day before the blast, Blinken said that 82,300 people had been flown out of Kabul on military and civilian aircraft since Aug. 14, and “only the United States could organize and execute a mission of this scale and this complexity.”

Even as Blinken spoke, however, the safe routes for American citizens to get to Kabul’s airport were closing hour by hour. Frustrated by the slow pace of action by the U.S. government, a patchwork of humanitarian organizations, former U.S. military officers and journalists had been working to get people into the airport for days. And despite its emphasis on the pace of evacuation, the Biden Administration was aware of the threat as crowds of people surged to the airport. Blinken said, in the same speech, the U.S. military is operating in “a hostile environment” and acknowledged there was a “very real possibility” of an attack by Islamic State. “We’re taking every precaution, but this is very high-risk,” he said.

Now, Biden is faced with the urgent mandate to prevent further deaths. The mass murder on Thursday has already hastened the end of the U.S. evacuations and the beginning of the withdrawal of the remaining U.S. troops on the ground securing the airport. In his remarks Thursday, Biden stood by his August 31 deadline, and pledged that even after U.S. troops are withdrawn, his Administration will continue to aid any American who wants to leave Afghanistan. Several buses full of evacuees scheduled to fly out were able to get on to the airport compound in the hours after the blast, said Gen. Kenneth McKenzie, the commander of U.S. Central Command.

But the blast revealed that the U.S. reliance on the Taliban to secure the outer perimeter of the airport is asking the Taliban to deliver on a promise that is not entirely in its control. The attack highlights the challenge the Taliban itself faces in securing the country it is now leading. It also demonstrates that the emerging dangers to the U.S. coming out of Afghanistan aren’t limited to the Taliban. The attack marks “the day when a poorly executed and chaotic withdrawal became downright tragic and deadly,” says Michael Kugelman, an expert on South Asia at the Wilson Center. “ISIS is not going to stop carrying out violence just because the Taliban claims its war is over.”

As the U.S. accelerates its efforts to pull out of Afghanistan, that means the Kabul airport will remain terribly dangerous for Americans, Afghans and anyone else seeking to leave the country. For Joe Biden, it means the airport’s Abbey Gate may become a historical marker of the darkest day of his presidency yet.

-With additional reporting by Alana Abramson and Kim Dozier/Washington

This story has been updated to reflect the Pentagon’s Aug. 27 assessment that there was one explosion outside Abbey Gate, not two as they had previously reported. 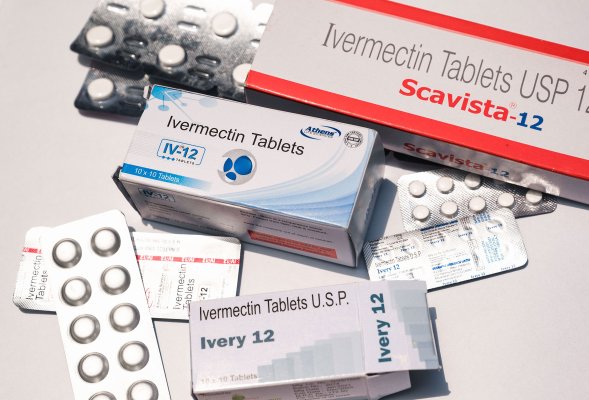 Inside the Group Peddling a Bogus COVID Treatment
Next Up: Editor's Pick

America Needs to Get Back to Facts
EDIT POST
You have reached your limit of 4 free articles.