Pity the British aristocracy. Oh, sure, they had a good run through the Victorian era. But by the time the Great War wrapped up, the country’s professional class was ascendant, progressive social movements were gaining steam and the aura of God-given superiority that surrounded people who could trace their lineage back to the Norman conquest was starting to dissipate. The monarchy faced threats from communism on the left and fascism on the right. Rich Europeans had infiltrated high society. Such newfangled ideas as careers for aristocratic men and formal education for their future wives scandalized the older generations.

This is the tumultuous, if still enviable, backdrop for the three-part miniseries The Pursuit of Love, an adaptation of Nancy Mitford’s classic novel from writer-director-actor Emily Mortimer that comes to Amazon on July 30. An instant best-seller in the UK, the book, which TIME’s reviewer praised in 1946 for how it “plays on the surface of life so wittily and deftly,” cast a gimlet eye on an aristocracy—one that included the author’s family, who notoriously spanned the political spectrum of the time—struggling to acclimate to a new social order. Yet the story’s emotional urgency derives less from Mitford’s sharp satire than from the fiercely romantic temperament of its central character, Linda Radlett. Without sacrificing humor or social commentary, Mortimer thrillingly modernizes The Pursuit of Love by ratcheting up the romance in unexpected ways.

We meet Linda—played as a beautiful mess of innocence, impulsivity and sensuality by Lily James—in a flash-forward that successfully distances the miniseries from any connotation of stiffness we might associate with British period dramas. World War II has reached London. One minute she’s sunbathing nude on her rooftop, hugely pregnant, with an adorable French bulldog by her side and The Who’s “Blue, Red and Grey” on the soundtrack; the next, she’s staggering away from the bombed-out rubble of her Chelsea townhouse. How’s that for a cold open?

Lily James, left, and Emily Beecham in 'The Pursuit of Love'
Amazon Studios

The story proper begins more than a decade earlier, when Linda is a starry-eyed teen mooning around her family’s shabby country estate at Alconleigh, desperate to embark on the epic romance she’s sure awaits her. Isolated from peers due to their father Matthew’s (Dominic West, in a hilarious red-faced performance) antisocial attitude and retrograde views on educating girls, the seven Radlett kids each find their own mode of escape. Dutiful eldest daughter Louisa (Beattie Edmondson) makes a bland marriage. Little Jassy (May Nivola) hoards cash in a vague plot to run away. And Linda spends idle hours in the linen-closet headquarters of her siblings’ makeshift secret society, the Hons, with her only conduit to the outside world: her cousin, best friend and the story’s narrator, Fanny Logan (an understated, sensitive Emily Beecham).

The Pursuit of Love traces Linda’s amorous misadventures in the interval between Alconleigh and Chelsea, as she chases what she believes is love with a crass banker, a crusading communist and a mysterious French duke. Mortimer hits all the sweaty, swooning highs and melancholic lows of this roller-coaster plot, with a particular eye for comedy. In one very funny scene, Linda weeps helplessly at a Paris train station as a suitor-to-be roars with laughter at her melodrama. He has her pegged as a posh, silly Englishwoman before they’ve even spoken.

Mortimer also seems to understand that some of the book’s greatest pleasures lie in the quirky, richly detailed secondary characters, many of which were clearly drawn from life. (Uncle Matthew, or “Fa” to his offspring, is based largely on the Mitford clan’s own curmudgeonly patriarch.) She gives herself a small but juicy role as Fanny’s absent mother, who hops from man to man so often she’s nicknamed the Bolter; think AbFab’s Edina Monsoon as an aging 1920s ingenue. British-TV stalwart John Heffernan (Collateral, Jonathan Strange & Mr Norrell) is always good for a chuckle as Davey, the cheerfully hypocritical health-nut husband of Fanny’s guardian (Dolly Wells). Most delightful of all is Fleabag’s Hot Priest, Andrew Scott, perfectly cast as Linda’s haute-bohemian mentor Lord Merlin. Like everyone else in the story, Merlin thinks he knows what’s best for our heroine. Unlike them, he rolls with a crew of avant-garde revelers who seize her adolescent imagination. The apex of an electrifying, anachronistic pop soundtrack comes when he enters to T. Rex’s “Dandy in the Underworld.”

Where this Pursuit of Love departs most boldly—and effectively—from Mitford’s version is in drawing out Fanny. A fond but somewhat distant narrator, in the book she’s the calm in the center of the storm that is her “favorite human being,” Linda. Mortimer smartly repurposes Mitford’s droll prose as a voiceover without framing Fanny’s narration as the full picture. Taking advantage of the visual medium, the show probes areas of her psyche that Mitford left murky. The narrator, like Nick Carraway in The Great Gatsby, might be more infatuated with her subject than anyone. Well into adulthood, the cousins’ physical closeness can be uncomfortably intense; their full-body embraces tread the line between sisterly and homoerotic. Yet, as Mortimer shows rather than tell us, that affection means something devastatingly different to each woman. As she builds a suitable existence, marrying a fastidious Oxford don and having babies, Fanny’s yearning for her cousin’s outsize presence gnaws at what is supposed to be domestic bliss. Linda is the love of her life. But love is the love of Linda’s life.

There’s more going on here, though, than the excavation of lesbian subtext from a 76-year-old novel. (The show does, unfortunately, put a bit too fine a point on The Pursuit of Love’s feminist implications in a coda to the last episode that overstates what will be obvious to most viewers.) Thorny relationships between women are something of a specialty for Mortimer, who fictionalized the uneasy power dynamics that governed her friendship with Wells in HBO comedy Doll & Em. We come to understand that the alternating flashes of love, rage, longing and frustration Fanny experiences in the course of her obsession with Linda are echoes of what she feels for the mother who so remorselessly abandoned her. This new lens hardly detracts from Linda’s magnificent saga. In fact, viewing her through Fanny’s adoring eyes only enhances its colors. 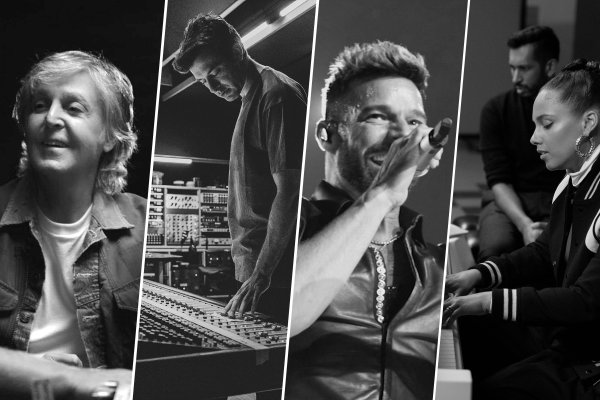 Why Is Music Television So Nostalgic?
Next Up: Editor's Pick