Romance seekers need look no further than The Last Letter From Your Lover, the Netflix movie adaptation of Jojo Moyes’ romantic novel of the same name. The book, which moves between the past and the present, centers on the complex personal dilemmas that two London women face when it comes to following their hearts and finding love. Their seemingly disparate worlds collide after the discovery of a trove of secret love letters detailing a passionate affair from the 1960s, prompting both women to reconsider what they believe about the loves they have lost and found.

The parallel romances provide the inspiration for Augustine Frizzell’s dreamy film adaptation, out on Netflix on July 23. Actors Shailene Woodley and Felicity Jones play the respective women who must each face matters of the heart after the love letters are found.

Here’s what to know about The Last Letter From Your Lover movie adaptation and the book it was based on.

What to know about The Last Letter From Your Lover book

Shailene Woodley as Jennifer Stirling in The Last Letter From Your Lover.
Parisa Taghizadeh—Netflix

In The Last Letter From Your Lover, the love lives of two women living in London align despite being separated by more than forty years. Jennifer Stirling (Shailene Woodley) is a young American woman living with her wealthy husband Laurence Stirling (Joe Alwyn) in London in the 1960s. She’s left with no memories after surviving a catastrophic car crash, but as she seeks to discover who she once was, she happens upon a love letter addressed to her, asking her to leave her husband and signed simply “B” (Callum Turner). The finding leads Jennifer to a P.O. box that she formerly used and more love letters addressed to her from the mysterious “B.”

In the present day, Ellie Haworth (Felicity Jones), a reporter whose personal life is in shambles, discovers the same letter asking Jennifer to leave her husband while doing research in the archives of the newspaper where she works. Ellie soon becomes obsessed with the love affair chronicled between Jennifer and “B,” leading her to search for more letters and eventually the lovers themselves.

While she initially begins her search with the hope that it will become a story to help revive her journalistic career, Ellie’s pursuit also provides insight that guides her own complicated love life, which includes a toxic entanglement with a married man.

Nabhaan Rizwan as Rory McCallan and Felicity Jones as Ellie Haworth in The Last Letter From Your Lover.
Parisa Taghizadeh—Netflix

While the Netflix film adaptation stays fairly true to the book’s plot, some elements are different. In the novel, Ellie has a difficult affair with a married man named John, who does not appear in the movie. Instead, Ellie is recovering from a rough breakup and has a sweet love interest named Rory (Nabhaan Rizwan) who works in the archives department of her newspaper. Their romance heats up as he helps her hunt for the love letters between Jennifer and “B.”

Likewise, the story of Jennifer and “B” is changed in the film adaptation. In the movie, the two reunite after many years of missed connections and misunderstandings, thanks to Ellie and Rory’s intervention. The book does not end with a reunion between Jennifer and “B,” but with Jennifer having established her independence from her overbearing husband.

What to know about The Last Letter From Your Lover author, Jojo Moyes

Moyes, known for writing many romance novels, including the popular book Me Before You which was also adapted into a film, published The Last Letter From Your Lover in 2008. In a 2011 interview with CBS News, Moyes said that the inspiration for the novel came from eavesdropping on a group of women in a restaurant who were discussing a text message, then later hearing that her young cousin had never received a love letter.

“It got me thinking about how my generation might be the last to write love letters, and how new technology may have actually muddied the waters of romance,” she said. “I just can’t believe a Facebook update or a texted booty call has the same emotional impact, or lasting joy of a handwritten letter, tied with ribbon and hidden lovingly in a box somewhere.”

Shailene Woodley as Jennifer Stirling and Callum Turner "B" in The Last Letter From Your Lover.
Parisa Taghizadeh—Netflix

What people have to say about the book

Since its publication in 2008, the book has received many glowing reviews on Goodreads. One reader called it “a novel for romantics who believe that true love can never be denied,” while another raved: “Once I started reading, there was no going back. It held me captive.”

Sign up for More to the Story, TIME’s weekly entertainment newsletter, to get the context you need for the pop culture you love. 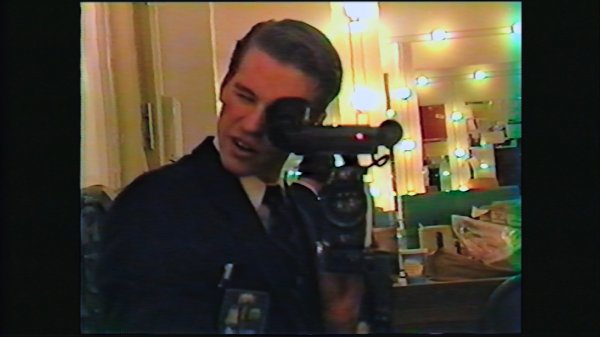 Val Kilmer Turns the Camera on Himself
Next Up: Editor's Pick