Tokyo Olympics officials are working to ensure athletes can continue to compete—even as COVID-19 cases threaten to disrupt the Games even before the Opening Ceremony.

Olympic organizers put in place a strict set of rules for athletes, coaches and staff that they hoped would keep the Tokyo Games safe from COVID-19 outbreaks.

A bedrock of the COVID-19 “playbooks,” as these rules are called, is that athletes who have tested positive for COVID-19, along with their close contacts, must isolate to contain infections and avoid outbreaks. But close contacts of COVID-19 positive people will now be allowed to train and compete sooner than had been suggested before, as long as they receive two negative tests just before competition.

“Preventing a spread of infections by implementing strict infection-prevention measures is our priority, but we also want to make it possible for athletes to participate in the events,” Olympics minister Tamayo Marukawa said last week, when announcing the updates to the rules.

Although the regulations governing the participation of close contacts are strict, some experts are worried that there is a risk of these athletes spreading COVID-19 if they are infected, but test negative because they are still in the incubation period.

More than 100 people linked to the Olympics have tested positive for COVID-19 so far. Two South African soccer players became the first athletes inside the Olympic Village to test positive for COVID-19 on Sunday. Beach volleyball player Ondřej Perušič from the Czech Republic has also tested positive in the Olympic Village. Kara Eaker, an alternate on the U.S. women’s gymnastics team, on Monday became the first Team USA member to test positive for the virus after arriving in Japan. On Wednesday, a Dutch skateboarder and a Chilean taekwondo athlete received positive COVID-19 tests.

Still more athletes are likely to miss the Games after testing positive for COVID-19 before arriving in Japan—like American tennis star Coco Gauff, who announced Sunday that she was infected.

On Tuesday, the chief of the Tokyo 2020 organizing committee, Toshiro Muto did not rule out cancelling the Games if cases surged significantly. “We will continue discussions if there is a spike in cases,” he said.

READ MORE: This Is What Happens When an Athlete Tests Positive for COVID-19 at the Tokyo Olympics

Japanese officials announced July 16 that athletes who are close contacts of COVID-19 cases must continue to isolate, but will be allowed to train and compete as long as they test negative within six hours of the session, and immediately before the start of a competition. According to The Yomiuri Shimbun, the government and advisers initially considered not allowing athletes who are close contacts to compete for up to six days after close contact with an infected person.

According to the 70-page playbook for athletes published in June, close contacts must also continue to undergo daily PCR testing, obtain agreement from the sports’ federation to compete, and a green-light from the Results Advisory Expert Group (RAEG), the eight-doctor group that reviews every positive case and related close contacts and makes recommendations about whether it’s safe for athletes to continue competing.

This system saw its first major test on Thursday when a scheduled soccer match between South Africa and Japan was allowed to go ahead. (The hosts won, 1-0.)

More than 20 people have been designated close contacts of the South African soccer players who tested positive, most of them other players. Those players will face additional safety measures, like being isolated in individual rooms (including for meals) and taking separate transportation.

Some experts say that the precautionary measures, including pre-match testing, should be sufficient to protect competitors. “That’s a very narrow window of time for them to change status from being negative on the test to suddenly potentially shedding the virus and being contagious,” says Ben Cowling, an infectious disease epidemiologist at the University of Hong Kong (HKU). “In general if you’re negative on the test, then you’re unlikely to be contagious.”

Others are less assured by the rules. Kentaro Iwata, an infectious disease specialist at Kobe University who has been critical of the Games going ahead amid rising COVID-19 cases in Tokyo, says he is concerned with how close contacts are being managed.

He believes that decisions about allowing them to play have been too influenced by the desire to see the Games proceed. “If these players infect the other nations’ players, that is very scandalous because people knew the danger.”

To be clear, the Tokyo Olympics COVID-19 protocols never set out to make the Games entirely free of COVID-19. Experts say that positive cases are to be expected, even given the strict safety measures in place. And they believe case numbers will continue to increase as athletes arrive in Japan from countries around the world.

(Organizers say that almost 50,000 screening tests had been completed as of Sunday).

“Anytime you see cases, you get a little worried,” says Tara Kirk Sell, a former Olympic athlete and a senior scholar at the Johns Hopkins Center for Health Security. “But there was no way we weren’t going to see cases with COVID-19 all over the world.”

Some athletes say that they’re reassured that there have been a few cases detected already. British hammer thrower Taylor Campbell, who is currently in a training camp in Yokohama, says that it’s a good thing that cases are being highlighted early on.

“There were going to be positive tests, this is a pandemic, you’re going to find people with COVID,” he says, “and it’s reassuring that they’ve been found early on and they can be looked after and receive the right medical care.”

Sell says what’s important is how quickly they’re isolating people after they test positive, and that close contacts are effectively isolated. But the measures that have been put in place for close contacts to compete should be sufficient, she says.

“I think that these measures are a good balance of reducing opportunities for transmission,” Sells says, “and working to allow athletes to compete if they aren’t infectious.” 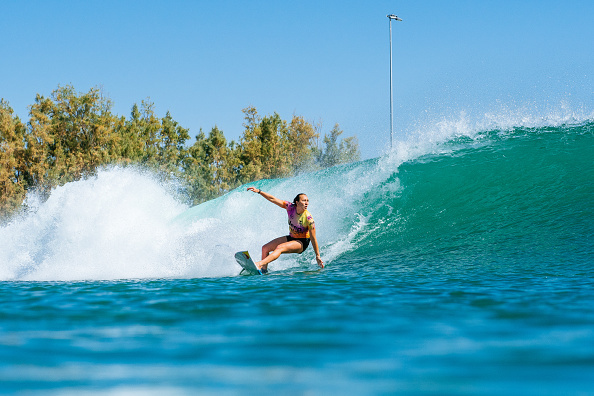 Your Guide to New and Returning Sports at the Tokyo Olympics
Next Up: Editor's Pick