U.S. Army (retired) General Lloyd Austin speaks after being formally nominated to be Secretary of the Department of Defense by U.S. President-elect Joe Biden in Wilmington, Delaware, on December 09, 2020.
Chip Somodevilla—Getty Images
By W.J. Hennigan

In one of the biggest overhauls to the military justice system, Defense Secretary Lloyd Austin directed the Pentagon on Friday to begin work to remove the prosecution of sexual assault from the chain of command and instead let independent military lawyers handle it.

The order, which was issued in a memorandum, is dramatic turnaround for the Defense Department, declaring that U.S. commanders should no longer have the power to decide whether or not to prosecute alleged offenders within their ranks. The nation’s top generals and admirals have long opposed such a move, saying it undermines long-standing principle and commanding officers’ authority. But despite years of initiatives aimed at combating rape and sexual assault within the U.S. military, the Pentagon publishes increases in incidents every year.

For years, members of Congress have taken Pentagon leaders to task for not improving the climate within the male-dominated military. Now they’ll have a chance to change it. In his two-page memo, Austin instructs Pentagon leadership to work with U.S. lawmakers to draw up and enact legislation to take sexual assault, sexual harassment and domestic violence cases from the chain of command and establish dedicated offices within each military department to handle prosecution.

President Joe Biden said in a statement that he “strongly” supported the initiative. “Sexual assault is an abuse of power and an affront to our shared humanity,” he said. “Sexual assault in the military is doubly damaging because it also shreds the unity and cohesion that is essential to the functioning of the U.S. military and to our national defense.”

The military has tried year after year to provide more resources for victims and require commanders to do more to stop personal retaliation for reporting assaults, with few positive results. In one of his first official acts as Pentagon chief, Austin directed a top-to-bottom 90-day review of the problem, convening a 12-person independent commission to study programs to eliminate the scourge of sexual assault.

On Friday, that group published a 299-page report, which made 28 recommendations and 54 sub-recommendations. The panel recommended Congress pass a bill this year, but senior administration officials told reporters Thursday during a telephone briefing that the military should be given an extended timeline until 2023 to implement the changes so a system can be developed. “We think that it’s important to take due care to structure this system in a way that has the best chance of success,” an official said. “This is not an area for quick wins or quick fixes, but rather a plan that will result in sustained change over time.”

Don Christensen, a retired Air Force colonel, prosecutor and president of Protect Our Defenders, a nonprofit organization that advocates on behalf of military sexual assault victims, said the Pentagon’s new strategy is an important first step to improving accountability and holding offenders accountable. “It is recognizing the need to professionalize an archaic military justice system by empowering military attorneys to make prosecution decisions for sexual assault and rape cases that are now made by non-lawyer commanders often hampered by bias,” he said.

Over the 90-day review period, the the Pentagon’s independent commission conducted interviews with survivors of sexual assault in the military and found that they had burdens placed on them as they navigated the military justice and health systems. They spoke with “many women and men” who “had dreamt their entire lives of a career in the military,” but the corrosive environment surrounding their assault left them feeling incapable of continuing service. “They loved being in the military and did not want to leave, even after experiencing sexual assault or sexual harassment,” the report says. “But because their experience in the aftermath of the assault was handled so ineptly or met with hostility and retaliation, many felt they had no choice but to separate.”

The report went on to say that “there is a wide chasm between what senior leaders believe is happening under their commands, and what junior enlisted service members actually experience. As a result, trust has been broken between commanders and the service members.” 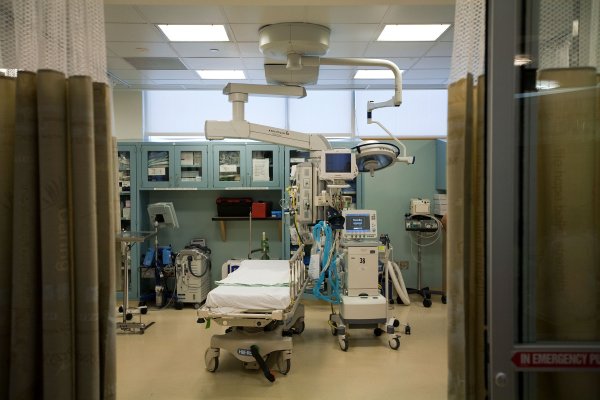 States Are Leading the Way on a Public Health Insurance Option
Next Up: Editor's Pick