Even Vaccinated People Are Nervous About Going Back to 'Normal.' Here's How to Cope

Claudia Campos, 34, wanted there to be no doubt about why she continues to wear a face mask at the Florida car rental company where she works. She decided to screen-print a mask that telegraphs her thoughts. “I’m vaccinated,” it reads, “but I’m not ready to trust you!”

Campos’ slogan distills the complicated emotions many people are feeling as the summer of vaccination commences. The U.S. Centers for Disease Control and Prevention (CDC) has said the roughly 43% of people in the U.S. who are fully vaccinated can mostly ditch masks, travel safely and gather indoors with others. But many of those 43% are finding that they’re not ready to live like it’s the Before Times.

In a March 2021 American Psychological Association poll, about half of respondents said they were “uneasy” about resuming in-person social interactions, regardless of vaccination status. And in a May 25 Axios/Ipsos poll, about half of vaccinated respondents said they still wear a mask at all times outside the house, even after the CDC’s announcement that doing so is no longer necessary.

Lauren, a 38-year-old from New York City who asked to be identified by first name to preserve her privacy, says she and her wife are living essentially as they did in 2020, even though they’re both fully vaccinated. They’ve dined inside once (an experience simultaneously refreshing and stressful, Lauren says), but otherwise have stayed mostly outside and mostly masked. That’s in large part because the couple has a 2-year-old daughter who isn’t eligible for vaccination, and they want to keep her safe. But Lauren admits there’s also “some lingering anxiety from having followed all of these protocols for so long. It’s hard to believe that certain things are actually safe, even though we know they should be.”

Rob Danzman, an Indiana-based licensed clinical mental health counselor, says that’s a normal response to a year marked by confusion. “Humans are terrible when it comes to not knowing the rules of the game,” Danzman says. “We had mixed messages, we had inconsistent science, inconsistent testimony, inconsistent mandates from different states. From my vantage point, if people were not experiencing some fear and trepidation, that would be weird.”

The confusion is also not over. On one hand, the data around COVID-19 vaccination is outstandingly and consistently good. People fully vaccinated with the mRNA-based shots made by Pfizer-BioNTech and Moderna are 91% less likely to be infected by the virus than unvaccinated people, according to recent CDC data. (Janssen/Johnson & Johnson’s single-dose shot is around 66% effective at preventing disease.) And even when fully vaccinated people do get infected, according to the CDC’s recent study, they are less likely to spread COVID-19 to others than an infected, unvaccinated person. Both of those findings support a return to normal life after vaccination.

But with thousands of people in the U.S. continuing to test positive for the virus every day, it is understandable that even vaccinated people remain skittish around others, particularly if they live with unvaccinated or immune-compromised people who are still at risk. The emergence of highly transmissible variants is also reason for concern. Throw in the psychological challenge of reentering the outside world after a year of being told other people could be deadly, and it’s little wonder that not everyone is eager to squeeze into a restaurant booth or crowded flight.

It’s natural that people respond differently to re-opening. Some individuals are at higher risk for severe COVID-19 than others, and personality, environment and experience all dictate how someone will rebound from the pandemic. But while it’s one thing to decide to take re-opening slowly, it’s another to feel so anxious about re-entering the world post-vaccination that it affects your mental health.

Conflicting feelings after vaccination are totally normal, Danzman says. “I can acknowledge, ‘I believe the science…and I also feel afraid,’” he says. “Both of those can co-exist.” Adjusting to post-vaccination life isn’t necessarily about suppressing one of those feelings, he says; it’s about learning to balance both.

People should “slow down and observe their thoughts, their feelings and the choices in front of them,” Danzman says. “Most of us smush all those things together.”

Ask yourself questions. Does a plan simply feel unfamiliar, or do you actually think it’s unsafe? Are there adjustments that would make an outing feel more comfortable? Danzman adds that it may feel less overwhelming to think about one decision at a time—like whether to go out to dinner or remove your mask in a certain setting—rather than trying to make big, sweeping statements about whether you’re ready to go “back to normal.”

Campos says she’d feel safer if around 70% of people in Florida were vaccinated. (As it stands, about 42% of people there have had both shots.) Making calculations like that can be useful, says Dr. Ryan Sultan, an assistant professor of clinical psychiatry at Columbia University Irvine Medical Center/New York State Psychiatric Institute. “Think about it as a long-term issue,” he says. “What’s your endpoint?” Waiting until every American is vaccinated may not be realistic, but you might decide you’ll only feel comfortable attending mask-free gatherings when your whole family is vaccinated, for example. That can help guide your actions in the interim.

A little bit of exposure therapy may help, too. For people who devoutly wore masks throughout the pandemic, shedding them may feel uncomfortable—even in a situation, like walking in a park, where the science strongly supports doing so. To practice, Sultan recommends starting small. You could try taking your mask off for a few minutes, he suggests, or when you’re alone and away from any crowds. Slowly but surely, that will begin to feel normal again.

Sultan also pushes back against the argument that there’s “no harm” in being overly cautious. While there are still some scenarios when it’s logical to wear a mask—on public transit, for example, or around people who are immune-compromised—Sultan says there are downsides to wearing one in situations where the science says it’s unnecessary, like a small gathering with vaccinated friends. “It’s literally a barrier [over] the aspect of our body we use to communicate with other people,” he says.

Similarly, there are “opportunity costs” associated with staying locked down after it’s strictly necessary, Danzman says—you’ll eliminate viral risks, but you’ll also miss out on things. That doesn’t mean it’s a black and white issue, he emphasizes, only that it’s worth considering both sides.

And give yourself a little grace as you make decisions about how and when to reemerge from quarantine, Danzman says. It’s exceedingly rare that an entire society is expected to adopt a new social code in only a year, then drop it and go back to the old one. The adjustment process is going to take time.

“Everyone is doing the best they can based on the information they have and their brain and the family they come from,” he says. “We’re all fighting the good fight.” 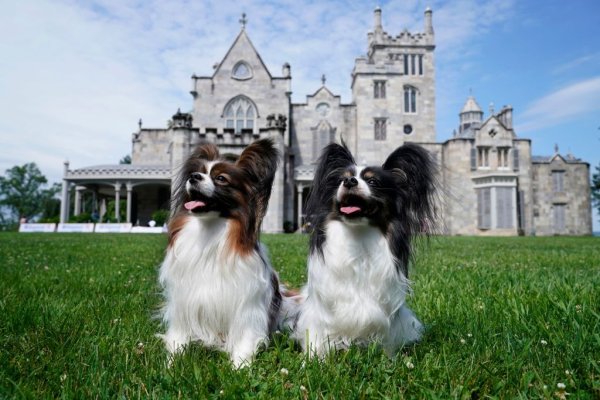 I Went to the Westminster Dog Show and All I Got Was This Lousy Positive View of Humanity
Next Up: Editor's Pick