The U.S. Army has suspended several drill instructors after they allegedly sexually assaulted a female soldier going through training at Fort Sill in Oklahoma.

On Friday, the Intercept reported that the trainee alleged she was assaulted by a total of 22 service members. The military would not confirm how many soldiers are involved in the allegation but did say the incident is under investigation by agents with the Army’s Criminal Investigation Command.

“At this early juncture and to protect the integrity of the investigation we cannot specify the number of suspects,” Army spokeswoman Colonel Cathy Wilkinson said in a statement. “We are committed to thoroughly investigating every allegation, which will require time to sort through all of the allegations and evidence.”

Major General Ken Kamper, commander of Fort Sill, told reporters on Thursday that the instructors were pulled from their assignments and precluded from interacting with trainees. “What’s important is we’ve taken immediate action with any cadre member that has been named and possibly involved in this allegation,” he said.

The woman has been provided counseling, legal assistance and medical services. Her name hasn’t been released and will remain protected throughout the process. “I personally met with this soldier,” Kamper said. “We’re proud of the courage she displayed coming forward with these allegations.”

Army investigators conducted initial interviews on March 27, the same day the trainee reported the assault, then carried out follow-up interviews two days later and have interviewed Army personnel every day since.

In the military, sexual relationships between trainees and drill instructors aren’t considered consensual because instructors control nearly every aspect of a trainee’s life as they transition from the civilian to military world. There has been several scandals in recent years where drill sergeants or drill instructors have been found to have sexually assaulted service members in training.

The incidents are part of a larger scourge that’s become an entrenched reality for female service members in the U.S. military. Despite years of initiatives aimed at combating rape and sexual assault within the ranks, the Pentagon publishes increases in incidents every year. According to the most recent Defense Department reports, sexual assaults have risen steadily since 2006, including a 13% jump in 2018 and a 3% increase in 2019.

The Pentagon has tried to provide more resources for victims and require commanders to do more to stop retaliation for reporting assaults. This issue came into the public spotlight when Army Specialist Vanessa Guillén, 20, was murdered by another soldier last April. Her family alleges she was afraid of reporting sexual harassment to her superiors.

Since taking over at the Pentagon in January, Defense Secretary Lloyd Austin has tasked military brass to work toward eliminating sexual assault. In one of his first official acts, he directed a top-to-bottom review of its sexual assault policies and created an independent review commission.

The commission, made up of military veterans and experts, began a 90-day investigation this week. 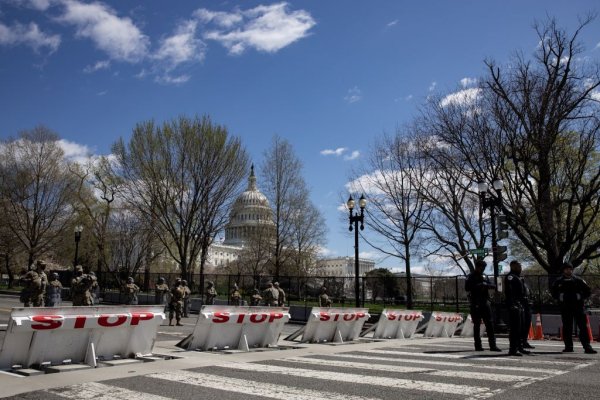 A Capitol Police Officer Is Killed in Another Deadly Attack at U.S. Capitol
Next Up: Editor's Pick