A Single Mom. A Newlywed. A Veteran. These Are the Victims of the Atlanta Shootings

Hyun Jung Grant, 51, toiled at Atlanta’s Gold Spa to keep food on the table for her two sons. But the single mother still made time for best-friend duties, including listening to their “girl problems.”

Xiaojie Tan worked 12-hour shifts daily so her family could live a better life than she did. During the long hours she spent at Young’s Asian Massage, the 49-year-old kept a running list of cities and continents she’d hoped to visit once she retired.

The matriarchs, whose love for their families were at the center of everything they did, were among the eight people—including six Asian women—killed Tuesday by a gunman targeting spas in the Atlanta area. The attacks came after a year of rising anti-Asian violence and racism. But to their families, they were more than their ethnicities, their jobs and the way they died.

Grant “dedicated her whole life” to being a good mother, according to her oldest son, Randy Park. “She was one of my best friends and the strongest influence on who we are today,” Park, 23, wrote on a GoFundMe page, which has raised more than $1 million in less than a day.

Park’s mother immigrated to the U.S. from South Korea, where she taught in an elementary school. In Duluth, Ga., the three only had each other. Now, Park has become the sole caretaker of his younger brother and is left to figure out funeral expenses alone. “This is something that should never happen to anyone,” he wrote on GoFundMe. “Losing her has put a new lens on my eyes on the amount of hate that exists in our world.”

In an interview with The Daily Beast, Park says his mother loved dancing, partying and often invited her sons to join in on the revelry. “I could tell her anything,” Park said. “If I had girl problems or whatever. She wasn’t just my mother. She was my friend.”

Tan was also selfless and fun to be around while she “provided everything” for her family, her loved ones told USA Today. “She worked every day, 12 hours a day, so that me and our family would have a better life,” said Tan’s daughter, Jami Webb, 29.

Tan—whose friends called her Emily—owned two businesses, including Young’s, and she lit up at the idea of traversing the globe, according to the newspaper. She’d often ask her customers for stories about their travels, jotting down new places to go when she could finally stop working. Tan was days away from turning 50. When her sister in Nanning, China, learned of the shooting, she had to be put on oxygen to help her breathe according to USA Today. The family did not have the heart to tell Tan’s mother. “We told my grandma that my mom lost her phone and couldn’t answer,” Webb said.

Amid her grief, Dana Toole remembers the positivity of her half-sister, Delaina Ashley Yaun Gonzalez, a 33-year-old newlywed and mother who was killed while patronizing Young’s Asian Massage for the first time with her husband. “She was all about her family,” Toole, 29, tells TIME. “Her world was surrounded by her family.”

Gonzalez worked at a Waffle House as a server, and tied the knot in August. She adored her 13-year-old son and an eight-month-old daughter. Toole is in disbelief at the loss of her sister, who she described as loving, caring and outgoing. “I just can’t believe something like this had happened to her,” she says.

Paul Michels, a 54-year-old U.S. Army veteran, was at Young’s working on its security system when he was fatally shot, according to his younger brother, John Michels. After leaving the Army, Paul Michels moved from his hometown of Detroit to the Atlanta area in 1995 to work with his brother in the security systems industry. He went on to run his own security systems company, which he was still running when he died, his brother says. Paul had been talking about eventually moving into the therapeutic massage business due to its easier lifestyle.

“He was a very hard-working, independent businessman,” John Michels, 52, tells TIME, adding that his brother was also a family man, a good husband to his wife of 23 years, and a “very strong conservative.” Along with his wife, Paul is survived by four brothers, three sisters, his 86-year-old mother, and numerous nieces and nephews.

The other lives lost in Tuesday’s tragedy include Soon Chung Park, 74; Suncha Kim, 69; Yong Ae Yue, 63; and Daoyou Feng, 44. Officials on Friday released the remaining names of all eight who died.

At least one of the families has forgiven the suspected shooter. “Being a Catholic and following Christ, I will have to forgive him,” John Michels says. “So my family and I all forgive him.” 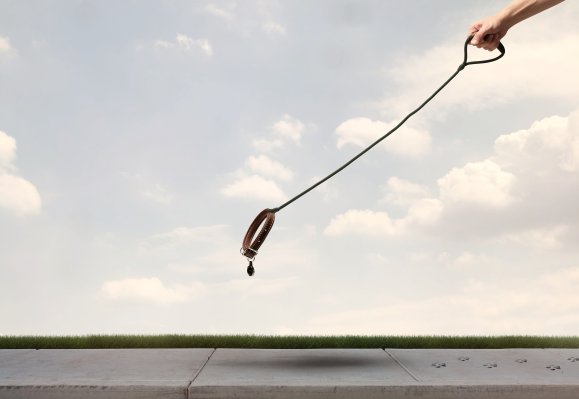 Criminals Are Capitalizing on Demand for Pandemic Pups
Next Up: Editor's Pick