By W.J. Hennigan and Vera Bergengruen

Not even a once-in-a-century pandemic could prevent white supremacist groups from deluging American cities with extremist propaganda in 2020. Banners were hung from freeway overpasses. Stickers were slapped onto street signs. Fliers were dropped onto the windshields of parked cars.

An Anti-Defamation League (ADL) study published Wednesday recorded 5,125 incidents of white supremacist physical propaganda last year, marking the highest level of cases reported since the non-profit began tracking such data five years ago. The findings average to about 14 incidents per day—and are nearly double the 2,724 cases reported in 2019.

The data highlights the stunning growth of new splinter movements that did not exist when President Donald Trump took office. At least 30 white supremacist groups disseminated propaganda in the U.S. in 2020, but three of them—Patriot Front, New Jersey European Heritage Association and Nationalist Social Club—were responsible for 92% of the activity, according to the ADL. All of them were founded within the past three years.

Many seem to have come out of the fracturing of the far-right movement that occurred after the “Unite the Right” rally in Charlottesville, Va. in August 2017. Violent clashes broke out between white nationalists and counter-protesters during the gathering at a park once named for Confederate Gen. Robert E. Lee. Trump came under near-universal criticism for refusing to rebuke far-right extremists in the wake of the violent demonstration, where a white supremacist rammed his car into a crowd, killing 32 year-old Heather Heyer and injuring at least a dozen others.

Oren Segal, vice president of the ADL’s Center on Extremism, tells TIME that after the event made global headlines and many of the far-right attendees were identified, distributing anonymous propaganda became a more appealing tactic. “This is a relatively cheap and easy way for individuals to try to create fear and anxiety in communities,” he says.

With the focus on online extremism and recruiting on social media platforms in recent years, these unflashy tactics have gone relatively unnoticed. But now, as more white supremacists are being de-platformed and feel persecuted, it’s often the safest way to amplify their messages in the real world. In 2020, white supremacist propaganda appeared in every state except Hawaii, with the highest levels of activity in Texas, Washington, California, New Jersey, New York, Massachusetts, Virginia and Pennsylvania, according to ADL’s data.

Patriot Front, a Texas-based alt-right group that was responsible for roughly 80% of the propaganda distributed in 2020, split from white supremacist organization Vanguard America in the aftermath of Charlottesville. In its propaganda, the group avoids traditional white supremacist symbols and language, instead using more ambiguous language intended to lure people in: “America First,” “United we stand,” “Two Parties. One Tyranny,” “Reclaim America” and “Not Stolen. Conquered,” according to the report.

The materials direct people to a sleekly designed website. Once there, a video set to dramatic music portrays the group’s members as some sort of masked guerrilla freedom fighters: training, boxing, planting propaganda and papering over “Black Lives Matter” billboards with their own slogans, including “The United States is no longer of America. Now we are at War.” It promises the viewer access to a nationwide movement, proclaiming “The Youth has risen” and “Reclaim America.”

In a Telegram group with more than 7,000 members, the organization posts frequent lists with photos showing where they have placed their propaganda. Thomas Rousseau, the 21-year-old purported leader of Patriot Front, was arrested in Weatherford, a north Texas town, in August after local police alleged he and two other men placed stickers on county property, according to local reports. Rousseau was arrested nearly two years earlier for a similar crime in downtown Fort Worth.

Patriot Front has developed a distinctive style for its “brand,” with blue and red messaging on banners, fliers and stickers that have alarmed many communities. In Montclair, New Jersey, stickers for the white supremacist group started popping up last spring. Responding to concerned residents, the city’s mayor Sean Spiller last month promised that “Montclair will not stand silently by while our community is defaced by these anti-democratic terrorists. We will not be intimidated.”

This scene has repeated itself in more than a dozen communities across the country since the Jan. 6 riot, according to local news articles, with people reporting posters and stickers to authorities and leading to defiant statements from local mayors and police departments.

ADL says the reports they compile of propaganda distribution come from a variety of sources: police reports, news stories, community tips and the organization’s own investigation team. “We’re seeing more individuals and white supremacist groups embracing this as a viable way to promote their hatred,” Segal says. “That’s why we’re seeing the numbers go up.”

The sharp rise in propaganda incidents came despite strict lockdowns on college campuses, which typically serves as a common target for white-supremacist efforts. The number of incidents on campuses dropped by more than half to 303, which ADL attributes to COVID-19 restrictions. Even so, the events that did occur caused widespread alarm; at Xavier University in Cincinnati, Ohio, stickers with the Patriot Front slogans and website appeared at the same time that a Black Lives Matter flag was vandalized in January.

A lot of the groups spreading this kind of propaganda seemed to use the language of “Identitarianism,” a decades-old belief system based on spreading fear that immigrants are overtaking White Christian identity as part of a so-called “Great Replacement.” This movement inspired the shooters in the deadly attacks on the Tree of Life synagogue in Pittsburgh, mosques in Christchurch and a Walmart in El Paso, which left dozens dead.

In 2019, the Department of Homeland Security warned that “celebration of violence and conspiracy theories about the ‘ethnic replacement’ of whites as the majority ethnicity in various Western countries are prominent in their online circles.” In a report last year, the agency again asserted that white supremacist violence remains the biggest domestic threat to Americans.

President Joe Biden has vowed to target white supremacist extremism, launching a government-wide effort to refocus U.S. security agencies to focus on domestic threats. U.S. prosecutors have arrested and charged more than 300 of the men and women who stormed the Capitol on Jan. 6. Logos of the New Jersey European Heritage Association and Nationalist Social Club, two of the top three distributing organizations in ADL’s study, were seen among the pro-Trump mob in Washington.

Segal of ADL views the distribution of this kind of physical, old-fashioned propaganda as a dangerous “gateway” into the broader white supremacist movement. “It’s more than sitting on your mom’s couch and engaging on some platform, but it’s not quite attending an event,” he says. “It’s that sort of middle space, the testing of the waters.” 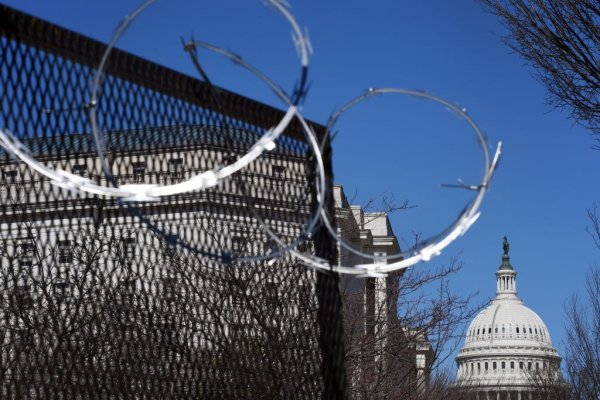