U.S. Army (retired) General Lloyd Austin speaks after being formally nominated to be Secretary of the Department of Defense by U.S. President-elect Joe Biden in Wilmington, Delaware, on December 09, 2020.
Chip Somodevilla—Getty Images
By W.J. Hennigan

After a video of a female Marine tearfully discussing her sexual misconduct case went viral, Defense Secretary Lloyd Austin revealed he has directed his staff to gather more information about the situation and ensure she was safe.

“I found the video deeply disturbing,” he told media on Friday during his first briefing at the Pentagon. “We have to get the facts. We have to understand what just happened.”

The 54-second video, which was posted to TikTok on Thursday, features a woman sobbing and describing how a commanding general decided a male Marine could remain in the military despite possessing evidence of the incident and the man’s admission of guilt. “This is exactly why f*cking females in the military f*cking kill themselves,” she said in a widely shared video tweeted out by the advocacy group #NotInMyMarineCorps.

Austin, a retired four-star Army general, said sexual misconduct within military ranks was unacceptable. “I’m going to ask that her chain of command makes sure that someone is looking out after her needs and is making sure that we’re taking care of her,” he said.

The Marine Corps said in a statement on Friday it is aware of the video and takes all allegations of misconduct seriously and ensures marines are supported following traumatic experiences.

“The Marine Corps and the nation expect the highest standards of conduct from marines and sailors,” said Captain Angelica Sposato, a spokeswoman for the unidentified woman’s unit, II Marine Expeditionary Force. “The current administrative separation process for the accused perpetrator mentioned in the video is ongoing. The marine in the video is safe and has been afforded the opportunity to meet with senior representatives in her command.”

U.S. lawmakers have routinely taken Pentagon leaders to task for not improving the climate within the male-dominated military. Some have argued that U.S. commanders should no longer have the power to decide whether to prosecute alleged offenders.

Despite years of initiatives aimed at combating rape and sexual assault within U.S. military ranks, the Pentagon publishes increases in incidents every year. According to the most recent Defense Department reports, sexual assaults have risen steadily since 2006, including a 13% jump in 2018 and a 3% increase in 2019.

In one of his first official acts as Pentagon chief, Austin directed a top-to-bottom review, calling on each of the services to study programs to eliminate the scourge of sexual assault. The military has tried to provide more resources for victims and require commanders to do more to stop retaliation for reporting assaults.

“We have been working at this for a long time in earnest, but we haven’t gotten it right,” Austin said. “And my commitment to my soldiers, sailors, airmen, and Marines, and dependents is we’re going to do everything in our power to get it right.” 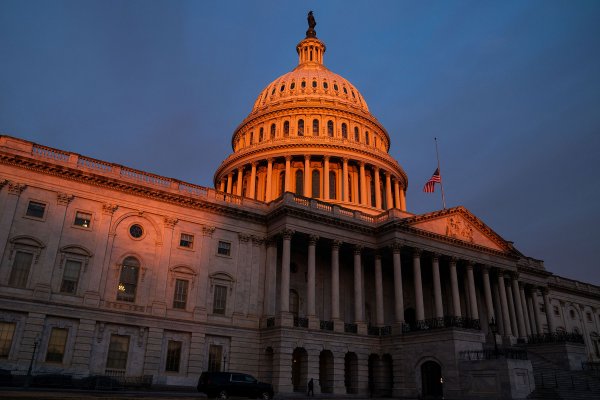 The Real Congress Is Kinder, Gentler Than What You See on TV
Next Up: Editor's Pick