The National Emergency at U.S-Mexico Border Is Over. But Thousands of Troops Remain

Razor wire is used to help protect a shipping container holding guns and sensitive material. After President Trump's orders in October, some 7,000 active-duty troops began to flood border communities from San Diego to Brownsville, Texas, a deployment that equals the troops fighting ISIS in Iraq and Syria.
Meridith Kohut for TIME
By W.J. Hennigan

President Joe Biden has formally issued a proclamation to end a national emergency declaration on the U.S.-Mexico border, but there are no immediate plans to move the thousands of American troops currently deployed there.

Former President Donald Trump declared the emergency in February 2019, which was widely decried by Democrats and Republicans as a last-ditch effort to divert billions of dollars in government funding for a border wall without receiving Congressional approval. His decision sparked multiple legal challenges and fundamentally shook the balance of power in the federal government.

On Thursday, the White House published a letter from Biden to House Speaker Nancy Pelosi that declared government funding would no longer go toward the construction of the wall, and that the President is directing “a careful review of all resources appropriated or redirected to that end.”

The troops, however, are likely to remain in place until the mission ends on September 30. “I don’t have any changes to that mission to read out as a result of the president’s decision,” Pentagon spokesman John Kirby told reporters.

There are now about 3,600 service members, many of them members of the National Guard, deployed along the 2,000 mile-long southwest border. The military mission began in late 2018 when Trump directed the Pentagon to support of the Department of Homeland Security (DHS) to protect the U.S. against what he called “an invasion” by a caravan of impoverished Central American migrants traveling north through Mexico.

The active-duty soldiers didn’t meet the caravan with force. Since the Posse Comitatus Act of 1878, the U.S. military has been forbidden to take part in domestic law enforcement. Instead, the troops carried out support missions, like hanging coils of razor wire atop border fences and points of entry with Mexico in California, Arizona and Texas.

Since then, the troops along the southern border have been handed a wide range of other tasks, including aerial reconnaissance, ground surveillance, search-and-rescue support, medical support, engineering support, helicopter transportation, personnel protection and painting the border wall with “anti-climb” paint. A little over two years later, the mission has cost taxpayers $939 million, according to the Pentagon.

The construction of a “big, beautiful wall” along the U.S. border with Mexico had been Trump’s signature 2016 campaign promise. Not long after deploying troops to the region, he declared a national emergency, just weeks after a standoff over funding for the wall shuttered the government for 35 days and briefly dented his approval ratings. It was an exceedingly rare move to redirect federal funds after being stymied by Congress. Past U.S. presidents have declared national emergencies to address wars or foreign crises.

Yet the move did free up the funds, allowing Trump to divert $6.1 billion from the Defense Department to DHS in 2019. Much of that money came from military construction projects, including building maintenance and infrastructure repair at bases at-home and abroad. An additional $3.8 billion in Defense funding was diverted in 2020.

On Jan. 20, his first day as President, Biden issued an executive order to halt all construction of the border wall as legal reviews of the construction contracts began. The Defense and DHS secretaries, in consultation with the Treasury secretary, attorney general and Office of Management and Budget director must create a “plan for redirecting funding and repurposing contracts” within 60 days of the order. 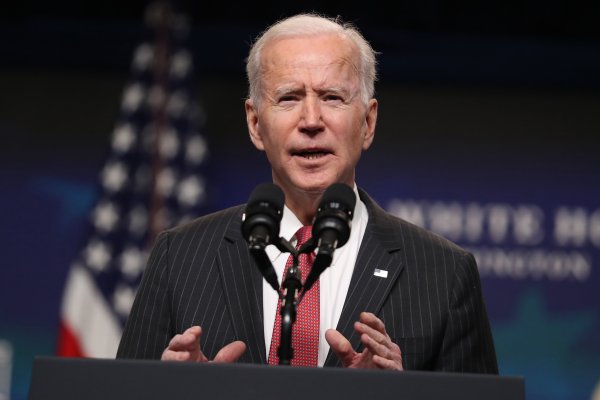 Joe Biden and Mitch McConnell Could End Up in a Truce, Thanks to Myanmar
Next Up: Editor's Pick