In cities with Black police commanders, the per-capita rate of fatal shootings by police officers is about 65% lower than in cities with white police leaders, according to Stephen Wu, the study’s author, who analyzed data from the 60 largest U.S cities between 2015 and the first half of 2020. The rate of deadly shootings is also lower in Latino-led police forces, he says.

“A lot of people will talk about training and the racial makeup of officers,” says Wu, 47, an economics professor in New York’s Hamilton College, who has written extensively on how economic and social factors affect human behavior and well-being. “It’s not just about the overall police force. Leadership matters.”

The study, which has not yet been published, comes amid heightened scrutiny of the nation’s police forces following George Floyd’s death in Minneapolis. Floyd, who was Black, died on May 25 after a white police officer kneeled on his neck for nearly nine minutes. The incident reignited national backlash over incidents of police brutality against Black people and prompted a flurry of local and federal reform proposals, including defunding and dismantling the police.

Wu’s research does not include data on police killings that weren’t gun deaths, but it suggests diversifying the highest levels of leadership may be a logical way forward in at least reducing fatal police shootings.

Using the Washington Post’s widely cited database on lethal shootings by on-duty police officers, Wu analyzed incidents in each city between Jan. 1, 2015 and June 1, 2020 and generated per-capita rates using 2020 Census Bureau estimates. He accounted for other possible contributing factors, including differences in crime rates across cities, the racial makeup of police departments and leadership turnovers that occurred before June 1.

For a city of 1 million people, Wu says the disparity roughly translates to the difference between having 21 deadly police shootings in a five-year period compared with 35. “That was a pretty striking finding,” he says.

Lexington, Ky., led by a Black police chief, had the lowest per-capita rate of fatal police shootings: zero in the last five years.

A police leader’s race is not a perfect predictor, Wu says. Lexington’s police department, with its zero fatal shooting incidents, is headed by a Black chief who took over in March 2018, but his predecessor was white. And some police departments led by white police chiefs, such as Nashville and San Diego, have relatively low rates of fatal police shootings. But Wu says the overall effect a Black police leader has on fatal shootings is “large and significant.”

“Leadership tends to be top-down,” says Pruitt, whose group represents 80,000 police officers in the U.S., U.K. and Canada. “Black chiefs, they generally come from communities where we’re having the most conflict, so there’s some understanding of the issues.”

When protests erupted in Houston after Floyd’s death, more than 10 million people watched the city’s police chief, Art Acevedo—a Cuban immigrant and the first Latino to lead the department—become emotional on video as he related to the hardships and discrimination that Black and brown minorities face. In an address to demonstrators, his voice cracked as he pledged to march with them “until I can’t stand no more.”

“Your upbringing does inform you as a person, as a police officer, as a leader,” he tells TIME. “It makes you more sensitive because you understand the plight of communities of lower-income working families.”

Cities benefit in many ways, including improved trust within communities, when there’s both racial and gender diversity in top leadership levels, says Indianapolis Metropolitan Police Department Chief Randal Taylor, who is Black.

“If it’s not at least the chief,” Taylor says, “then I hope there are people in high-ranking positions who have a seat at the table who can help make those decisions.”

That’s easier said than done, says Pruitt, when minorities remain underrepresented in many police forces across the country.

Within the New York Police Department—the nation’s largest police force, which has been led by a white commissioner since 1992—almost half of its 36,000 members are white, about 15% are Black and 29% are Latino, according to the city’s Civilian Complaint Review Board. New York City’s population is about 43% white, 24% Black and 29% Latino, the latest Census Bureau figures show.

Of the 5,300-member police force in Houston, 41% are white, 30% are Latino and 21% are Black. Houston is about 58% white, nearly 23% Black and 45% Latino. The percentages exceed 100% because of the way the Census Bureau counts Hispanic and Latino populations.

In Indianapolis, about 14% of the police department’s 1,650 members are Black, compared with 28% in the city. The police chiefs in both cities say it’s important for police forces to be reflective of the communities they serve.

Many departments have made efforts to close the gap in the last few years, but Pruitt blames systemic racism for the lack of diversity within all levels of police forces.

“Minority officers are woefully underrepresented in police departments around the country,” she says. “It’s doing a huge disservice to the country.”

In the last few weeks, a handful of police agencies have made leadership changes.

On Tuesday, Donny Williams, who is Black, was named chief of the Wilmington Police Department in North Carolina after the former chief retired. That same day, Williams fired three longtime police officers who were recorded making a series of racist remarks on one of their patrol car cameras. One of the officers says he “can’t wait” to start “slaughtering” Black people if a civil war breaks out, according to an internal investigation report. The same officer says a civil war is necessary to “wipe” Black people “off the f—— map.”

White police chiefs in Atlanta, Louisville, Richmond, Tucson and Portland have either resigned, offered to resign or have been fired, following scrutiny over heated race-related situations. The resignations have made room for high-ranking Black leaders to take over, at least temporarily, in Atlanta, Portland and Richmond.

When Portland’s former chief quit after facing scrutiny over her department’s lack of diversity, she recommended Chuck Lovell, a Black lieutenant, to replace her. As Lovell was sworn in as chief on June 11, he acknowledged it was a “tumultuous time,” but one, he said, “that is also filled with opportunity for change.”

Due to an error by the study’s researcher, the original version of this story misstated where Las Vegas ranks among the nation’s 60 largest cities, in terms of per-capita fatal shootings by police over the past five years. The Las Vegas Metropolitan Police Department does not have the highest rate and ranks about 30th. 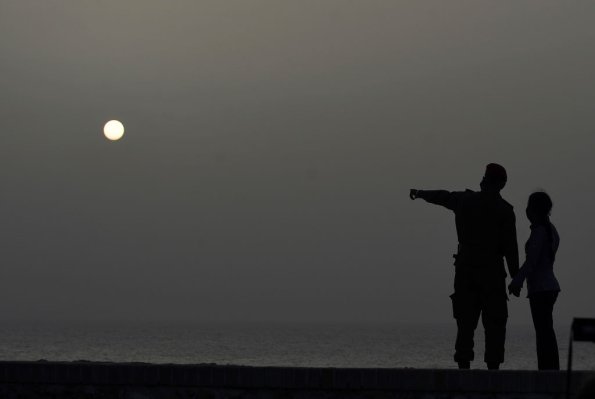