As New COVID-19 Cases Decline in New York, the Rest of the Nation Is Going the Opposite Direction

The number of new daily coronavirus cases continues to fall in virus-ravaged New York, but they’re climbing in the rest of the U.S. as some states have begun rolling back lockdown restrictions.

Drawing on data compiled by John Hopkins University, TIME charted new daily cases using a seven-day rolling average, to account for lags in reporting. Based on this analysis, for nearly the last two weeks, New York has seen a steady decline in the number of new COVID-19 diagnoses. There were about 3,850 new cases on May 1 compared with about 9,900 at its peak on April 7.

But new daily cases have been steadily increasing throughout the rest of the country. On May 1, the number of new cases in the nation, excluding New York, spiked at about 23,600, the highest yet.

New York, meanwhile, remains under quarantine, with non-essential businesses mandated to stay closed, until May 15. Addressing when it’s appropriate for states to re-open, New York Governor Andrew Cuomo said May 5 that “there is no dollar figure to a human life” and that the state will re-open by region only “when it is safe to do so.”

At a press briefing, he defended his decision to re-open the economy slowly. “How much is a human life worth?” Cuomo said. “The faster we re-open, the lower the economic cost, but the higher the human cost, because the more lives lost.”

“That” he added, “is the decision we are really making.” 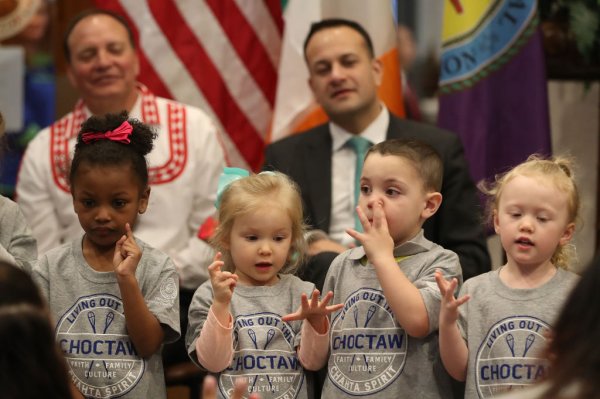