A Week After the U.S. Capitol Attack, Many Involved Are Still Walking Free Despite Online Efforts to Identify Them

In the wake of a violent mob, incited by President Donald Trump, storming the U.S. Capitol in Washington, D.C., many involved in the assault have yet to be arrested. This despite the fact that many have been possibly identified by others online in a fervent effort to bring the perpetrators to justice.

What started as a pro-Trump rally near the White House on Jan. 6 turned into a deadly attack on Congress when rioters stormed the Capitol, purposefully disrupting the certification of Joe Biden’s victory in the 2020 presidential election, sending hundreds of lawmakers into hiding and leaving five people dead. By nightfall on Jan. 6, one rioter shot by Capitol Police had died, later identified as Ashli Babbitt, and three more had died from medical emergencies. A day later, Capitol Police Officer Brian D. Sicknick died at a local hospital due to injuries sustained while physically engaging with the mob.

Although more than 70 people connected to the insurrection have been charged with crimes and multiple law-enforcement agencies  are still building an investigation, some feel that the action being taken against the thousands of rioters who participated is too little, too late. While some notable arrests have been made in the week since the insurrection, many of the rioters are still walking free. With many videos and photos of the event freely available, the internet has sought to speed up arrests by naming those who took part.

Over the past week, viral twitter threads filled with information that might be used to credibly identify rioters —including individuals being referred to by hashtags like #ExtinguisherMan and #Caveman—continue to pop up on Twitter. An account was launched on Instagram, dubbed HomegrownTerrorists, that claims to identify those who have been arrested following the attack, and seeks help in identifying other alleged perpetrators.

Additionally, in the days following the event, multiple tweets have gone viral for seemingly, and flagrantly, exposing people who took part in the attack.

Some people have been easier for the internet to possibly identify than others. Britney Spears’ brief ex-fiancé Jason Allen Alexander is believed by many to have been in attendance at the Trump rally before the Capitol attack. The New York Times reported on Tuesday that former teammates identified Olympian gold medalist Klete Keller as part of the mob, after a video surfaced on Twitter showing him in the Capitol’s rotunda wearing his U.S.A. Olympic team jacket.

The internet has both a history of working to identify criminals and questionable track record of actually assisting authorities. The Boston Marathon bombing in 2013 sparked a similar hunt for suspects on Reddit, leading to the misidentification of a suspect which was briefly taken up by local law enforcement. For the attack on the Capitol, the FBI has been outspoken to direct all credible evidence to them.

Because of this, the FBI has also been inundated with tips and information from the public, according to Steven D’Antuono, the head of the bureau’s Washington field office. At a press briefing at the Justice Department on Tuesday, D’Antuono told reporters that the agency had received around 100,000 photos and videos to date.

On Saturday, acting U.S. attorney for the District of Columbia Michael Sherwin told NPR that “hundreds” involved could ultimately face charges. This statement was followed by a Tuesday announcement that the Justice Department and FBI had created a sedition and conspiracy task force to pursue charges against the insurrectionists and investigate any terror links.

The overt, and even seemingly entitled, manner in which the attack occurred, with many rioters posing for picture and sharing them on public platforms, might have been one of the primary factors for some of the most prominent arrests thus far.

Among those who are now facing charges are Jacob Chansley (better known as Jake Angeli or QAnon Shaman), a well-known conspiracy theorist who was photographed in the Capitol shirtless and wearing a horned fur headdress with red, white and blue face paint; Richard Barnett, an Arkansas man who posed for photos in Speaker Nancy Pelosi’s office before allegedly stealing a piece of her mail; and Adam Johnson, a Florida man who was photographed carrying off Pelosi’s lectern. While Chansley and Barnett remain in custody after being charged, Johnson has been released on a $25,000 surety bond with a GPS monitor on his ankle.

Some rioters were left to walk free for days afterwards, prompting online outrage over authorities’ lackluster response to the violent insurrection. This while many were quickly and credibly identified by photos and videos taken amid the siege, their own social media posts, interviews they gave or, in Chansley’s case, calling the FBI himself.

Not waiting for law enforcement, the Miami Herald took it upon itself to identify Johnson the day after the attack. It wasn’t until the following day that U.S. Marshals arrested him.

Leading up to the Jan. 6 assault, white nationalists, right-wing extremists and self-styled militia groups openly planned for weeks to storm the Capitol, promising violence in Washington. This has led to questions over why law enforcement was overwhelmed so quickly when the rally turned violent—especially with videos surfacing online that appear to show a Capitol Police officer taking selfies with the rioters, several officers removing metal barriers at the Capitol to let rioters freely pass and an officer holding open a door to allow rioters to exit the Capitol without being arrested.

Pointing out the apparent white privilege of the largely white mob sporting Confederate flags and Nazi paraphernalia that participated in the attack, Twitter users recalled the overwhelming display of force by police at Black Lives Matter protests over the summer.

“If that had been Black Lives Matter,” retired Capitol Police officer Theortis “Butch” Jones told TIME, “they wouldn’t have gotten even to the steps of the Capitol.”

“People are going to be shocked with egregious activity in the Capitol,” Sherwin said, citing video footage and witness accounts that have not been made public, according to the Washington Post. “No resources of the FBI or the U.S. attorney’s office will be untapped to determine if there was command and control, how it operated and how it executed these activities.”

The FBI has reported that “armed protests” are planned at all 50 state capitals and in D.C. in the days leading up to Biden’s inauguration on Jan. 20, and some are concerned that law enforcement’s handling of the Jan. 6 insurrection has set a dangerous precedent for what could potentially lie ahead.

Most Popular on TIME
1
The History of MLK Jr. and Sen. Warnock's Church
2
How mRNA Tech Gave Us the 1st COVID-19 Vaccines
3
Was Martin Luther King Jr. a Republican or a Democrat? 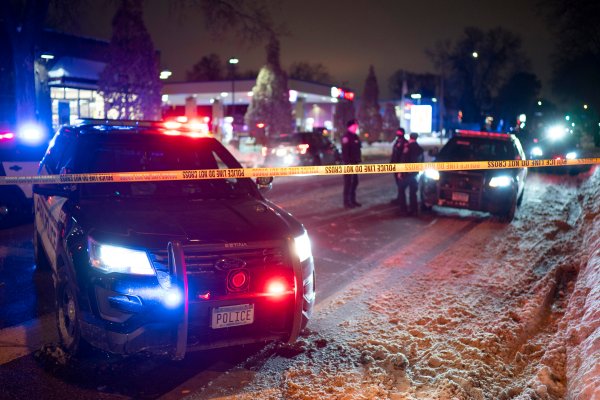 Minn. Police to Release Footage From Officer-Involved Death
Next Up: Editor's Pick